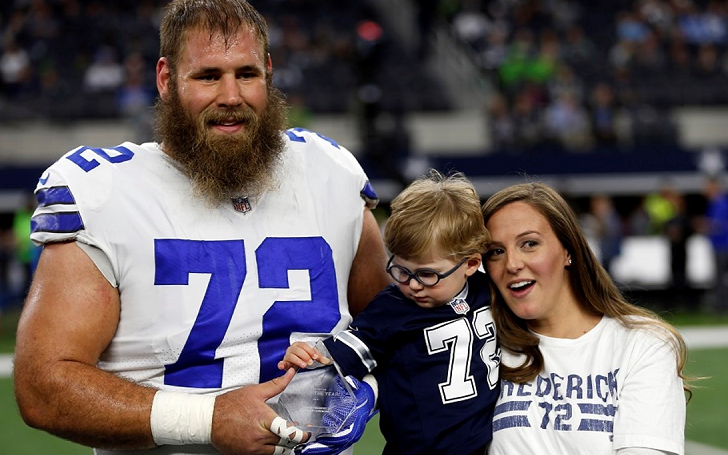 Dallas Cowboys Pro Bowl center Travis Frederick outed that he is suffering from Guillain-Barré syndrome (a disease where your body's immune system attack your Nerves and can even paralyze you at it's worst) via his twitter. Though the disease is a lifelong condition, he said that it was recognized in its very early stage and he is out of harm's way.

Frederick reportedly was diagnosed with the disease after he underwent some exhaustive tests conducted over these past few days and has received medical help recently.

He after being diagnosed, outed the news to his fans and gave details on what his recent medical condition was:

An update on what’s going on with me: pic.twitter.com/KSkMUvyCWk

"I am feeling much better from an overall strength perspective, I will continue these treatments over the next few days. I am very optimistic about my condition and the immediate future, as I have been told that the illness was detected at a fairly early stage. I am hopeful that I will be able to play as soon as possible."

"I am deeply grateful for all of the people who have expressed concern for me throughout the past four weeks, and my teammates and the Cowboys organization have provided me and my family with tremendous support."

Frederick hasn't missed a single game in his five long years' career history and was named into the Pro Bowl, past four seasons, but looks like he would miss two-three week's game this season for he is not sure when the procedure is going to end.

There's no known cure for Guillain-Barre syndrome, but several treatments can ease symptoms and reduce the duration of the illness. As it's discovered in an early phase Frederick after certain medical procedure and rehabilitation, he should be ready to take on the field challenge within a matter of weeks.