Gossip Corey Dickerson's Salary From His Contracts and Clubs

Corey Dickerson's Salary From His Contracts and Clubs

The MLB-All Star 2017, Corey Dickerson currently plays for the Pittsburgh Pirates in the Major League Baseball (MLB) since after his trade from his former team Tampa Bay Rays in 2018. The 28-year-old American baseball outfielder is playing professionally since 2013 and has marked himself as a prominent baseballer with his massive salary and contracts.

Currently, Dickerson is estimated to be enjoying the net worth of $2 million. So, how much salary he earns? Let's know all about Dickerson's contract, salary from his clubs and career earnings in this section.

Net worth and Salary of Corey Dickerson

The MLB player Dickerson is really lucky to share his successful career journey with his wife Beth Anne with whom he shares a son, Davis. In his career, Corey Dickerson has played for 3 teams so far namely: Colorado Rockies (2013–2015), Tampa Bay Rays (2016–2017) and Pittsburgh Pirates (2018–present).

With his increasing contract value and salary over years, Corey Dickerson is estimated to be enjoying the net worth of $2 million. Though, the baseballer is successful to keep the details of his endorsement and properties undercover.

Davis is glad baseball is back!????

Currently playing for the Pittsburgh Pirates as a left fielder with a jersey number 12, Dickerson is reported to earn the annual salary of $5.95 million, ironically more than that of his prior 5 seasons earning which is  $5.156 million.

However, Dickerson lags behind the Pirates, highest paid players like Francisco Cervelli and Josh Harrison who earns $10.5 million and $10 million respectively.

We do also have the information on Dickerson's previous contracts and salary.

The former Meridian Community College center fielder Corey Dickerson took his major step to his professional career after he was selected by the Colorado Rockies in the 8th round of the 2010 MLB, and signed a contract with the Rockies later on June 12, 2010.

However, the contract detail is not disclosed, but reportedly, he was paid the signing bonus of $125,000. Before Dickerson's promotion to major league till June 21, 2013, he played in Class A South Atlantic League and Class AA Texas League. 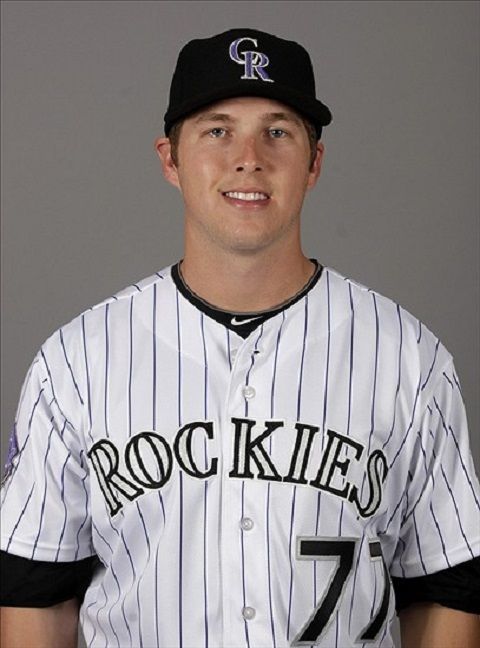 On January 28, 2016, Dickerson was traded to Tampa Bay Rays along with Kevin Padlo, in exchange for pitchers Jake McGee and Germán Márquez. In the following March 4, 2016, he signed a year-contract with Tampa Bay Rays worth $522,900 to play alongside the players like Denard Span, Wilson Ramos, and Chris Archer.

Can't wait to be back in AZ next week! Back to work! #2016 #SpringTraining

And on January 12, 2018, Corey Dickerson was offered another 1-year  contract extension by the Tampa Bay Rays worth $5.95 million, however, on February 22, he was traded to the Pittsburgh Pirates for Daniel Hudson, Tristan Gray, and cash considerations.

As of recent, no news of Corey Dickerson's transfer has surfaced on the internet.

Stay tuned for the updates!