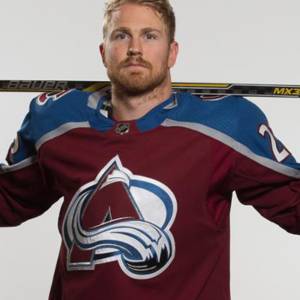 Colin Wilson is an American professional ice hockey player. Currently, he plays for the Colorado Avalanche of the National Hockey League (NHL) as their forward. He was drafted in 2008 NHL Draft by Nashville Predators.

How Much Is Colin Wilson Net Worth In 2019? Know His Salary and Contract

As of 2019, Colin Wilson has an estimated net worth of $10 million, mostly earned through his NHL Career.

His salary throughout the seasons:

Talking about his past contract, in April 2009, he signed a three-year contract with Nashville. Then, in July 2015, he agreed on a four-year, $15.75 million deal with the same team.

With a tremendous net worth and salary, the NHL star is living a lavish lifestyle.

Colin Wilson is neither married nor single. Currently, he is in a relationship with his long-time girlfriend, Shawna Watterson, an aspiring Big Buck Hunter model. The duo started dating long-time ago. Analyzing Wilson's Instagram, Watterson's began to appear on his socials since 2013. 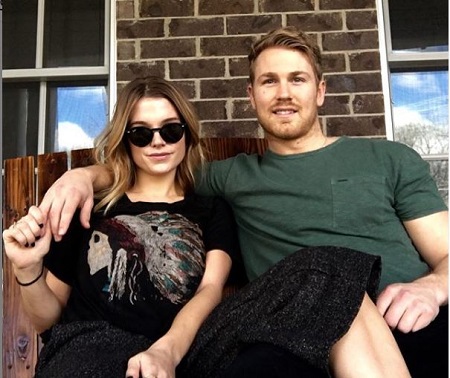 It seems that the duo is pretty serious in their relationship and might take it to the whole new level someday. As of now, they are living a blissful life.

A native of Greenwich, Connecticut, U.S., Colin Wilson was born on October 20, 1989. His star sign is Libra. Talking about his nationality, he is an American and belongs to the white ethnic background.

His father, Carey Wilson, is a Canadian former professional ice hockey center who played in the NHL for ten seasons.

He initially played with the U.S. National Development Team Program as a junior. Further, he enrolled to play collegiate hockey with the Boston University Terriers of the Hockey East.

In the 2008 NHL Entry Draft, he was picked in the first round, 7th overall, by the Nashville Predators of the National Hockey League (NHL). On April 17, 2009, Wilson signed a three-year entry-level contract with Nashville.

On October 12, 2009, he made his NHL debut with the Predators. Later nine days, he scored his first NHL goal against Tim Thomas of the Boston Bruins.

After the 2014–15 NHL season Wilson became a restricted free agent under the NHL Collective Bargaining Agreement. Further, The Nashville Predators made him a qualifying offer to retain his NHL rights. On July 5, 2015, Wilson filed for Salary Arbitration. Later 22 days, he agreed on a four-year, $15.75 million deal with the Predators.

On July 1, 2017, Wilson was traded to the Colorado Avalanche where he joined the team alongside Matt Calvert, Nazem Kadri, and Matt Nieto.