Clare Victoria Balding is a famous broadcaster, journalist and author currently working for BBC Sport, Channel 4, and BT Sport. Known for her appearance in The Clare Balding Show, she used to present a religious program named Good Morning Sunday on BBC Radio 2.

The resident of Cheswick, London, England, Clare Balding, reportedly earns around 630 thousand, as her yearly salary from the network, and as of 2018, she reportedly has an estimated net worth of over $2.22 million. Further, she is currently married to Alice Arnold who is a broadcaster by profession.

Clare was born on 29 January 1971 in Kingsclere, Hampshire, England to Ian Balding and Emma. She holds British nationality and belongs to the White ethnic group. Further, Clare Victoria Balding grew up with her brother Andrew Balding.

Clare after graduating from Downe House in Berkshire, she joined the Newnham College, Cambridge and acquired his Bachelor's degree in 1993 with a 2:1 honor.

Clare started as a trainee with BBC National Radio and worked on Radio channels like 5 Live, Radio 1, Radio 2, and Radio 4 during 1994. Then in July 1995, she first appeared as a television presenter and presented highlights of Royal Ascot.

She then started presenting live and she became the BBC’s lead horse racing presenter in December 1997. She also did the coverage of the Grand National during the year.

Clare also reported six Olympic Games for BBC Radio and BBC Television. She also presented four Paralympic Games, the Winter Olympics and also the Commonwealth Games. She also did the coverage of BBC’s rugby league program Grandstand and was the last person to present Sunday Grandstand.

Clare presented the program named BBC Sports Personality of the Year. And also presented also Program named Good Morning Sunday on BBC Radio 2 from January 2013 to November 2017. She also hosted a quiz show named Britain’s Brightest for BBC1. She also worked as a senior presenter on Channel 4 Racing from 2013 to 2016 and covered major festivals like Cheltenham and Royal Ascot.

Clare Balding Net worth and Salary

The British broadcaster Clare Victoria Balding has an estimated net worth of $5 million. As of 2018, the reporter receives an annual salary of 630k from her successful reporting career with BBC Sport, Channel 4, and BT Sport. She drives a Range Rover car which cost around $177,500.

Clare Balding is openly a Lesbian. Clare Balding is married with her girlfriend Alice Arnold in 2015. Till date, they do not have any children. They currently live in Chiswick, London, England with their Tibetan terrier. Further, she is a descend of Henry VII. 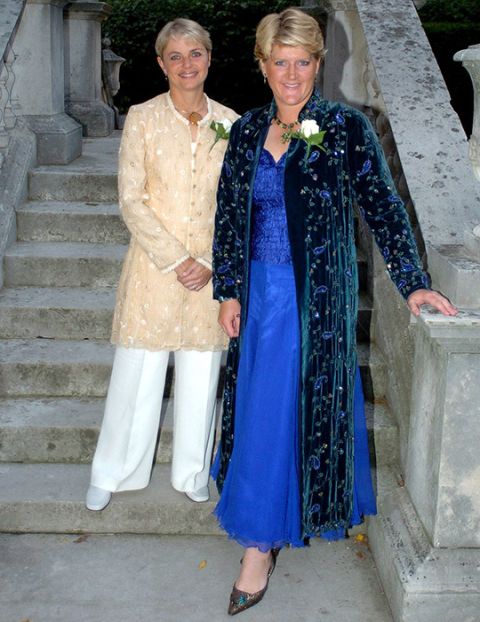 On 29 May 2009, Clare announced that she had thyroid cancer and she had her thyroid gland removed and by August 21, 2009, she rejoiced that luckily cancer has not spread.

She once was caught in controversy when she made fun of Liam Treadwell during an interview and later she apologized for it.

Clare was honored with Officer of the Order of the British Empire (OBE) in the 2013 Birthday Honors for good broadcasting and journalism. She also was awarded BAFTA for her work on Olympics and Paralympics in 2012.

She won Sports Presenter of the Year in 2003 and won Racing Journalist of the Year Award and also Racing Broadcaster of the Year. In 2012 she was awarded Biography/Autobiography of the Year for the book titled My Animals and Other Family.

A fantastic evening raising lots of money for @scopecharity and also listening to the very funny @lostvoiceguy Lee Ridley. #Scope

She won an achievement award in 2012 for her coverage of the Olympics and Paralympics. She was awarded British Sports Journalism and Sports Broadcaster of the Year award in 2012.

She was listed as one of the 100 most powerful women in the UK by Woman’s Hour on BBC Radio 4 and she also won the award for Sports Presenter.

Other awards won by her are TV Personality of the Year 2012, British Equestrian Federation Outstanding Journalist of the Year 2014, TRIC Sports Presenter of the Year 2013 and First Women Awards Lifetime Achievement 2015.