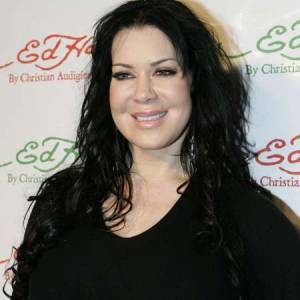 Joanie Laurner (Chyna) is one of the most respected wrestlers of all time; he was not only successful wrestlers but also a professional actress, glamour model, bodybuilder and pornographic film actress. She entered into the world of porn in 2004 and continued up to 2013. This veteran woman has opened his first time on this world on December 27, 1969. Rochester, New York, United States was his birth place. He was an American by his nationality and his ethnicity is white. He was born by his parents Shalana Hunter. He also has siblings and their names are Kathy Laurer (sister), Janet Laurer (Sister) and Sonny Laurer (Brother). His parents get divorced when he was 4 years old. He had three different stepfathers and one-step mother.

She attended Penfield High School for her early education. She was a studious student and attended the University of Tampa, she graduating in 1992. She studied major in Spanish Literature. She also studied French and German throughout his college years. Sadly, two men also raped her after getting drunk at a party. She started her professional career in 1995. She perfectly trained at Wladek “Killer” Kowalski’s professional school in Malden Massachusetts. In 1997, she met the two world WWF professional players Triple H and Shawn Michaels in a bar, and the two helped her get into the wrestling show. She played professionally when she joined WWE as a wrestler. She started her career in 1997 and her career ends in 2011. After retirement from her wrestling career, she entered into pornography career. She made her porn debut with the 2004 videos 1 Night in China. She had a successful career in pornography.

Her personal life was quite controversial. She was in an affair with several people throughout his wrestling and pornography career. From 1996 to 2000 she was in a relationship with Triple H. However, they hid their relationship from media. The duo lived together for several years. In the beginning of 2003, she engaged with Sean Waltman. The duo also made a sex tape in 2004. The tape was released under the name of Night in China. The video sold over 100,000 copies and the share profit also distributed to Chyna and Waltman. She had abused drugs and also suffered from mental illness due to drug addiction. She also nude for Playboy magazine and released her autobiography in 2001. She also makes her outstanding appearance in several television and movies.

She was one of the impressive personalities from the world of wrestling. She was hot and sexy by her looks. She looked awesome in her bikini avatar. Unfortunately, this splendid personality left this world on April 20, 2016. She is not between us. Although no cause of death has been identified as now, many of her fans are wondering that her addiction to drugs might have played a huge role. One can find him on YouTube & Twitter. His net worth was outstanding. It was around $1.5 million dollars. She is dead now.