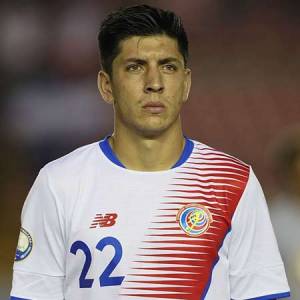 Christopher Meneses began his career with the youth team of Alajuelense II in 2008. After playing for a year, he moved to LD ALajuelense on January 1, 2009. Further, he left the club after three years.

On June 1, 2013, Meneses transferred to IFK Norrkoping while his market value was estimated at €425 thousand. Before ending his career in a team, he scored 1 goal in 21 appearances. Meneses has spent two seasons with the club until 2015.

On July 7, 2015, Meneses joined the LD Alajuelense on a free transfer after theey reached an agreement that he needed to restart his career somewhere else. Meneses has a contract with the team which keeps him until December 27, 2018. Meneses is an agent of HARDY M SPORTS MANAGEMENT.

Christopher Meneses made his international debut with the Cosa Rica U-23 in 2012. At the age of 20, he earned his first international senior cap in a friendly match against Paraguay under the coach Ronald Gonzalez on August 11, 2010.

Meneses has played FIFA World Cup qualifier and 2013 Copa Centroamericana as well as 2013 CONCACAF Gold Cup. For the nation, Meneses has earned 17 caps since 2010. Meneses is the member of the national team that won Central American Cup.

Recently, Meneses and his teammates Pedro Leal, Heiner Mora and, Roy Miller were called up for 2017 CONCACAF Gold Cup.

At the age of 27, Meneses is currently unmarried. Meneses never talked about his love life publicly and not even spotted with any girl who could be his girlfriend.

Meneses maintains a good distance to his personal life from his professional life till the date. Meneses might be dating someone but he has not disclosed any information about his relationship so far. Meneses is not even active on social media.

So far, he has not revealed about his brand endorsements. His net worth as of 2018 is under review. Meneses has a progressive career which is still gaining name and fame each passing days.