Christina Mchale is a well-established American tennis player. She has been playing at the professional level since 2010. Mchale has been recognized by The New York Times for her "booming" groundstrokes and fast footwork. Mchale has won one singles title and two titles in doubles. Mchale has represented the United States in Fed Cup and Olympic competitions.

Christina Mchale was born Christina Marietta McHale on May 11, 1992, in Teaneck, Ner Jersey. She is among the two children born to John McHale and his wife, Margarita McHale. Her father, John, is an Irish American, while her mother, Margarita, was born in Cuba. Mchale has a sister named Lauren Mchale. Christina stands five feet and seven inches tall and weighs 62 kg.

Christina Mchale has an estimated net worth of more than $4 Million. In the ongoing season of 2021, She has already made $207,646 from fourteen games. Christina earned the most from the Australian Open and Roland Garros. Last season, Christina took home more than $250,000 as her prize money from more than fifteen events. In addition, Mchale must be making a handsome amount through her sponsorship and advertising deals with Lacosta, Head. 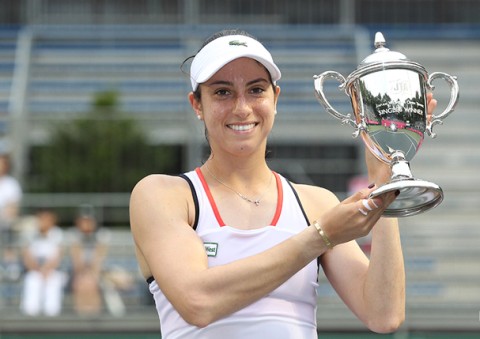 Christiana has earned $263,763 from her single career in the US Open and $40,792 as her prize money from doubles. Mchale is at the peak of her career and shall be adding a hefty sum to her net worth in the future. Totaling her career earnings from tennis, it sums to $4,505,476.

Who is Christina Mchale Dating? Know About Her Relationship Status and her Boyfriend

The American tennis player is very much private in regard to her relationship status. Christina is believed to be single as of mid-2021. There have been no rumors of her dating in the online media. Also, Mchale's Instagram timeline is filled with photos of her vacations and tennis games.

Christina could be secretly be dating someone and waiting for the right time to open about her relationship status. Mchale's sister, Lauren, is married to her longtime boyfriend, Ryan Harrison. Ryan is an American professional tennis player.

In 2012, Christina reached the Quarterfinals at the Dubai/Qatar Open and peaked at no.33 in the world tennis ranking. Mchale reached round two in the French Open. In September 2016, McHale won her first WTA title at the Japan Open. Also, She represented the United States in the 2011 Pan American Games and won a silver medal in the Doubles and bronze for the single. Christina has won three ITF titles for single and three in the doubles category.