Christian Norgaard plays from a defensive-midfield position. Since Christian's debut in football, Christian has played in different soccer leagues based in dissimilar regions. Christian currently plays in England's highest football league England Premier League (EPL). For his current team, Brentford FC he wears jersey number 5. He is also one of the decorated players of the Denmark national team. Norgaard has won multiple trophies playing for multiple team.

Christian Thers Norgaard better known as Christian Norgaard was born in Copenhagen, Denmark on March 10, 1994. Christian's star sign is Pisces. Christian is 28 years old as of 2022. Norgaard is 6 feet 2 inches tall and weighs over 71kg. Christian spent most of his childhood in Denmark. The attractive defensive midfield from Brentford FC holds Danish citizenship and is a Danish national. Norgaard has a long history of participating in athletic events. Norgaard had stated that he supported any strategy that included academic institutions or research centers. Norgaard used to participate in extracurricular activities mainly football when he was younger and always found them enjoyable. At school, Christian took part in a range of competitions and activities.

Norgaard signed a four-year contract to play for Danish Superliga club Brondby, it was announced on August 21, 2013. He had a challenging first three seasons at the club, but under the new manager Alexander Zorniger he became a regular member of the squad and in January 2017 he agreed to a new two-and-a-half-year deal. Norgaard received the 2017-18 Danish Cup as well as the honor of being selected Brondby's Player of the Year for the whole 2017 calendar year.

By the time of his departure from the team in July 2018, Norgaard had made 145 appearances and had scored 11 goals, developing into a cult legend within the organization. Norgaard signed a contract with Serie A team Fiorentina on July 19, 2018, for an estimated €3.5 million. He then relocated to Italy. Despite having a four-year deal, he only made six appearances before leaving the team in May 2019. Norgaard arrived in England on May 28 to join Brentford on a four-year deal with an extra year's option and an unknown cost, which is said to be £2.8 million. 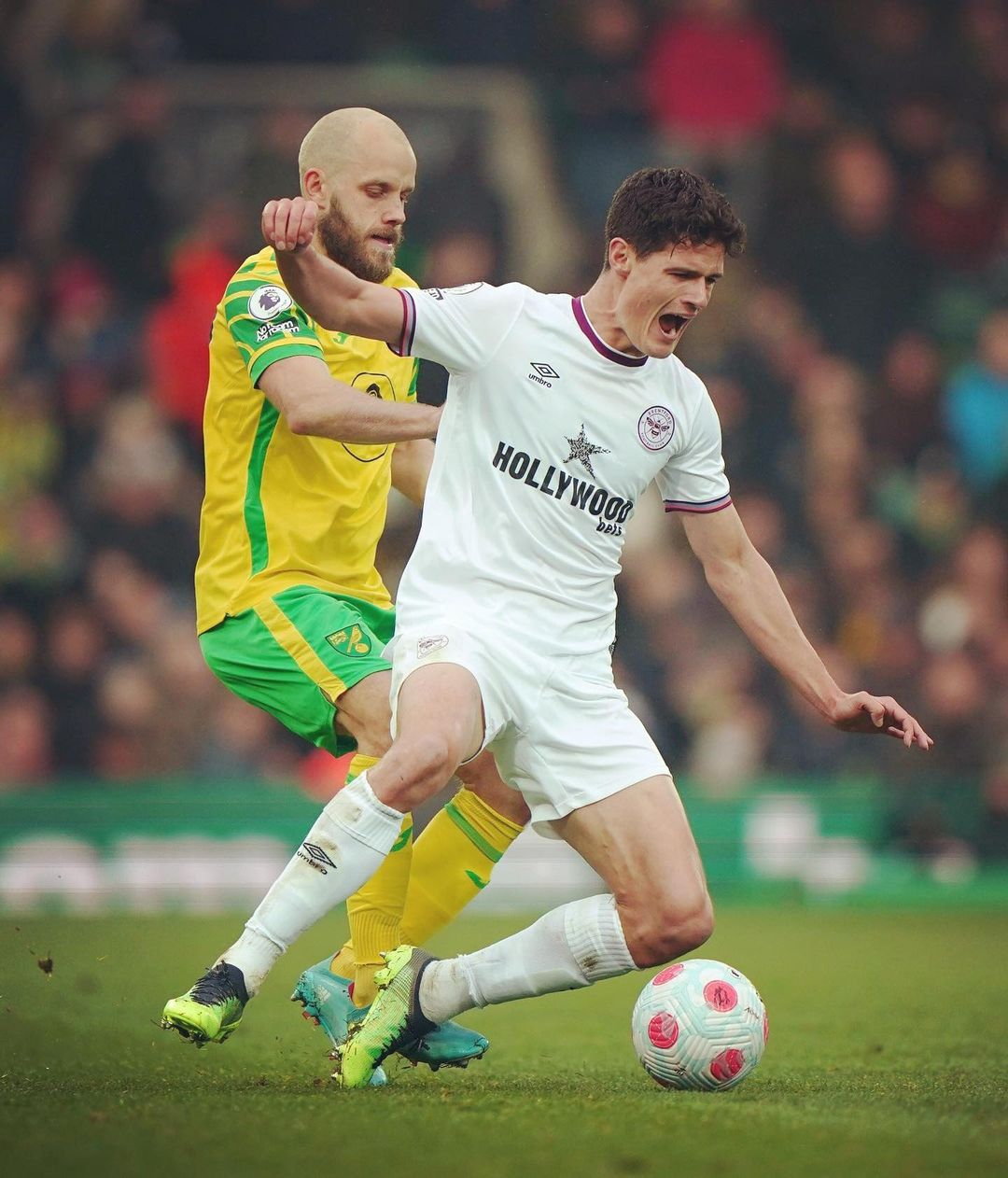 He moved to rejoin Thomas Frank, the head coach of Brondby, and his previous youth coach from Denmark. Norgaard made 45 appearances in the 2019–20 season, which came to an end with a loss in the 2020 Championship play-off Final, and was used as a screening midfielder in front of the defense. He agreed to a new, four-year deal in September 2020, with an additional year's option. In a 2-0 victory over Arsenal on the first day of the 2021–22 season, Norgaard netted his second goal of the season for Brentford. He continued to play in almost every Premier League game, and in late December 2021, he agreed to a new three-and-a-half-year deal with an additional year option.

Between the U16 and U21 levels, Nrgaard earned 73 caps and scored five goals for Denmark. He competed for Denmark in the 2011 U17 World Cup as well as the 2015 and 2017 U21 European Championship teams. During senior squad games for the 2018–19 Nations League group stage and Euro 2020 qualifying matches in 2018 and 2019, Norgaard was used as a substitute four times but never saw action.  Norgaard made his senior team debut on September 8, 2020, when he started in a 0-0 Nations League tie with England.

For his efforts, he was given the DBU's Man of the Match award. Norgaard was selected for the Danish Euro 2020 team after earning three more caps in the 2020–21 season. He participated in five of the six games that the Danes played to advance to the semifinals as a replacement.  Christian will represent Denmark in the FIFA World Cup. Qatar is hosting the FIFA football world cup in November 2022.

Also, read the biography, relationship status, and net worth of David Raum

Salary and Net Worth of Christian Norgaard

The most crucial player for Brentford SC, Christian Norgaard, started playing football professionally in 2011. Norgaard played for several teams during the course of his ten-year, skillful, and experienced football career. Christian's football career may be primarily responsible for his success in life. Christian enjoys a successful life because of his persistent work ethic.

Christian Norgaard allegedly earns £1,664,000 per year and £32,000 per week playing football for his current club Brentford FC, according to salarysport. Christian's value is currently estimated by the transfer market to be £14.00M. In 2022, Christian's net worth as of 2022 is $5 million. Norgaard's highest market worth as of now is £14.00M. 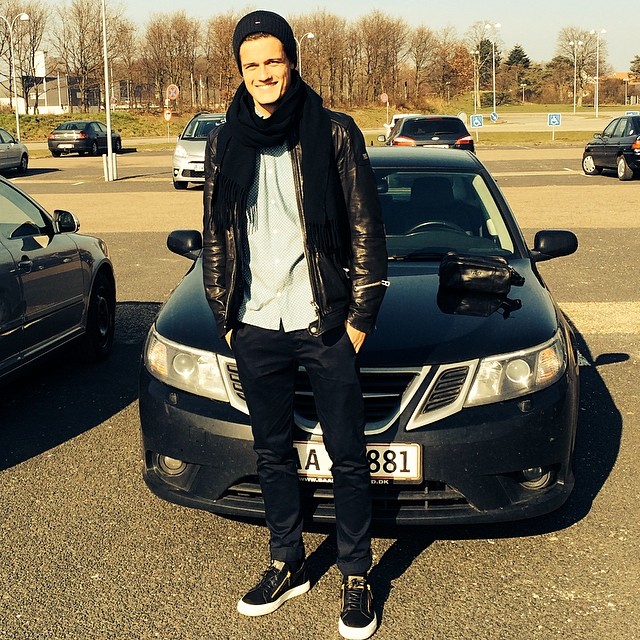 By maintaining a comfortable lifestyle, Christian gains from endorsement and sponsorship agreements. Christian has his own home in Denmark. Christian is a content man who recently bought a fancy automobile. Christian is prepared to represent Denmark in the FIFA World Cup Qatar 2022 in November of this year.

Yes, Christian and the Josefine Barsoe Norgaard are married. The two devoted Danish pairs dated for a very long time before getting married. They exchange vows in 2021 at Denmark's Church. The Norgaard pair have also started their own family. Additionally, Christian Norgaard has one kid. 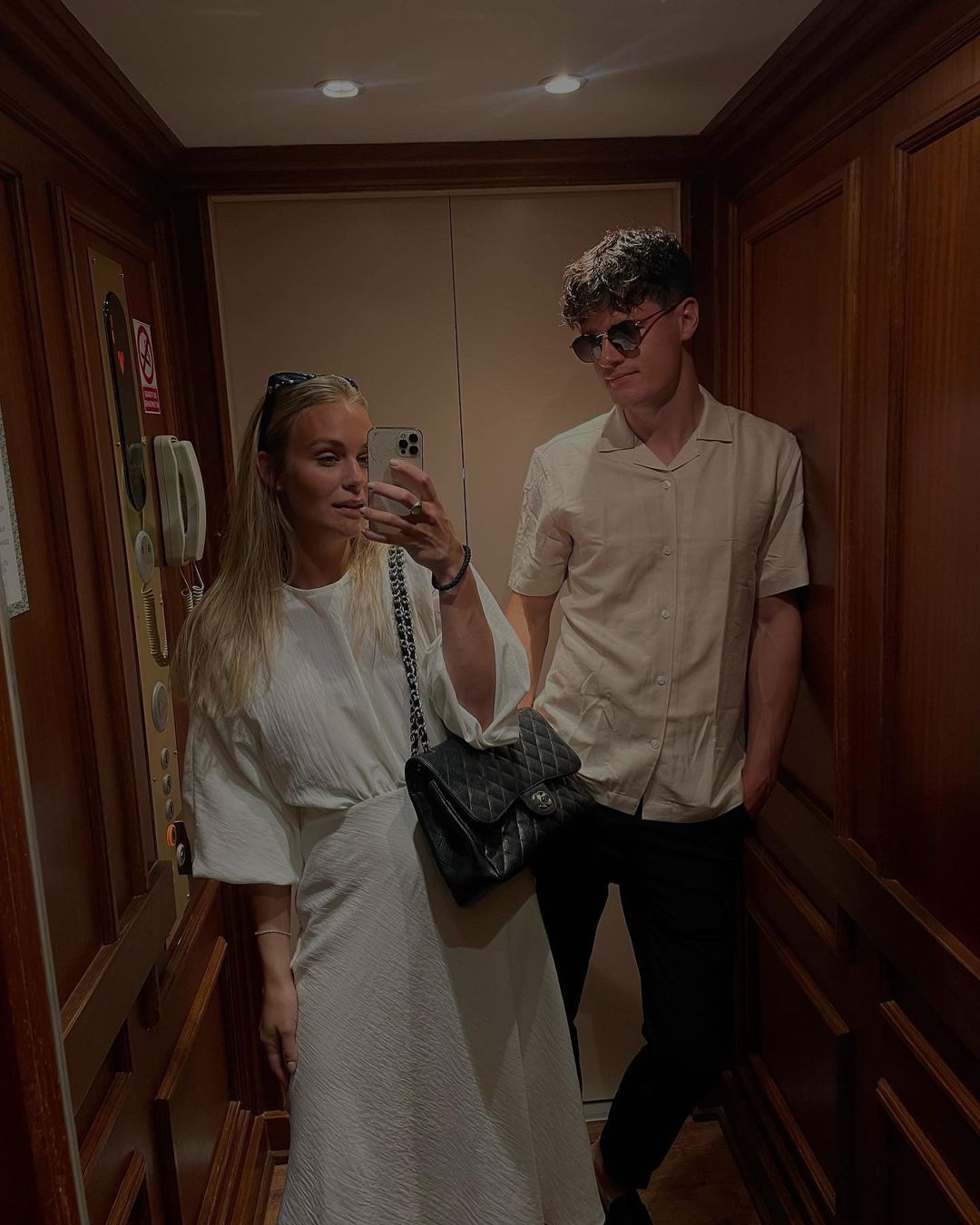 Norgaard's pair gave birth to the baby boy before their marriage. Josefine Barsoe Norgaard and Christian both post pictures from their daily lives on social media. A proficient Brentford midfielder appreciates spending time with his family and is a dedicated parent.

The talented and professional Danish midfielder player uses social media extensively. In comparison to other social networking sites, Christian prefers Instagram. On Christian's Instagram account, there is a blue checkmark designating that it has been verified. Access to sensitive information is the top concern among Christian supporters.

Christian has 50.9k followers under the Instagram handle @cnoergaard19. On his Instagram page, Christian publishes pictures of football-related activities. Christian advertises for his customers and his businesses anywhere he can. Christian is one of the Danish athletes that receive the most online searches.