Nicknamed Wondo, Chris Wondolowski was born on 28th January 1983, in Danville, California, United States. His star sign is Aquarius. He is the son of Janis Hoyt and John Wondolowski. His brother Stephen Wondolowski is also a soccer player.

How Much Is Chris Wondolowski's Net Worth In 2021? Salary & Market value

Chris Wondolowski and his beautiful wifey, Lindsey Wondolowski celebrated 12 years of marriage. The couple tied the knot in January 2009. It's unclear when the duo met but recently Wondolowski posted their picture from college day. He wrote on IG, "Love this old pic from college. A lot less gray but @linzwondo still #timeflies #2002." 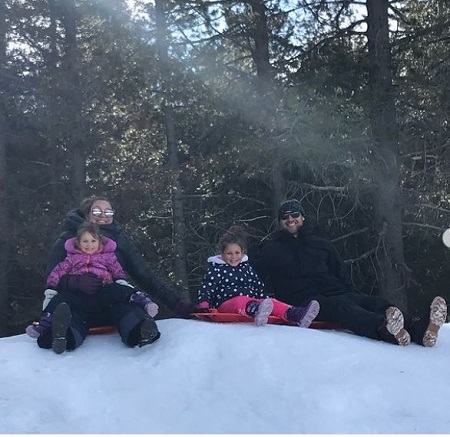 On 23rd December 2013, the couple had their first daughter Emersyn. Their second daughter Brynlee was born on March 10, 2016.

Following his collegiate career at Chico State Wildcats (2001-2003), Wondolowski was picked in the fourth round of the 2005 MLS Supplemental Draft with the 41st overall pick by the San Jose Earthquakes.

As of September 28, 2019, Wondolowski is also the only player in league history to have scored ten or more goals in ten consecutive seasons. Wondlowski held the record for most MLS goals on the road and MLS game-winning goals.

A full international since 2011, Wondolowski played for the United States at three CONCACAF Gold Cups – winning the 2013 edition – as well as the 2014 FIFA World Cup squad.