Chris Toth is an American goalkeeper currently playing for the Tacoma Stars of the Major Arena Soccer League. He served five seasons as starting keeper for the US National Beach Soccer Team and won Golden Gloves during CONCACAF World Cup qualifying.

Also, he competed in Beach Soccer World Cups in Tahiti and Paraguay and won Goalkeeper of the Year last season with Ontario Fury in the season 2019-20. Toth was starting keeper for the Western Conference in the 2020 MASL All-Star Game.

Toth was born on August 4, 1989, in Fallbrook, California. He is the son of a former Hungarian national team goalie, Zoltan Toth who in the ensuing decade would become America's best indoor soccer goalkeeper. Further, he stands 6 feet 1 inch tall and weighs 170 lbs.

MASL is the highest level of arena soccer in North America and their players generally earn salaries ranging from $15,000 - $45,000 per season. Worth mentioning is the fact that former USMNT and MLS star Landon Donovan earned as much as $250,000 to play one year in 2019.

Chris Toth's Wife: Is He Married?

Toth is married to Kayla, a veterinary nurse, and a rehabilitation practitioner. The couple has been together since 2007. This was confirmed by Kayla back in May 2015 when she celebrated her then 8 years of relationship with Toth on Instagram sharing a montage of pictures of her and the goalkeeper. 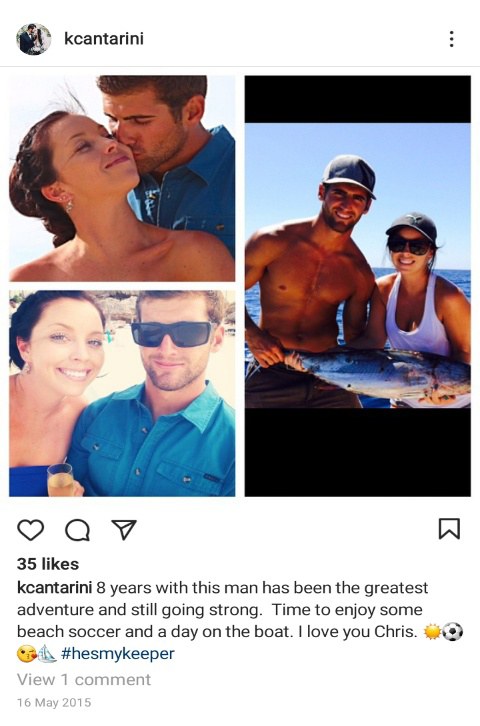 "8 years with this man has been the greatest adventure and still going strong. Time to enjoy some beach soccer and a day on the boat. I love you, Chris," wrote the wife of Tacoma's no 31. 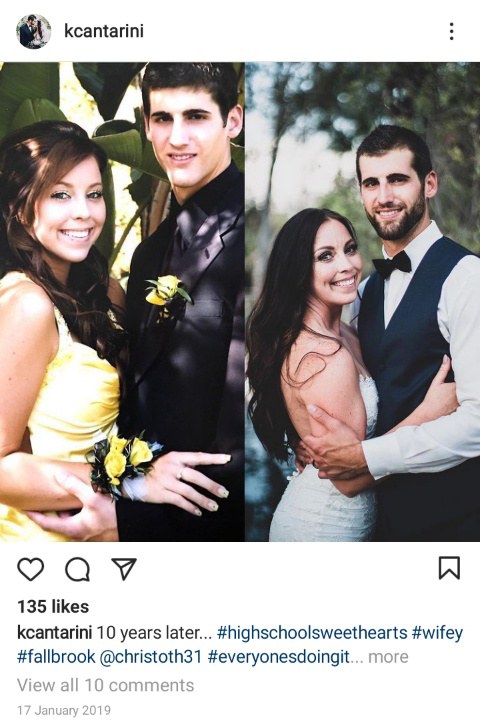 Toth and Kayla were also each other's prom dates in high school. The pair announced their engagement on 25th January 2017. Kayla though continued to flash her ring through her Instagram account on several occasions that followed. The couple officiated their nuptials on July 8, 2018.

Chris grew up playing soccer for clubs in Encinitas, Fallbrook, and Temecula while his dad shifted himself to a coaching career. Toth never intended to be in front of the net.

But due to his congenital heart condition - transposition of the great arteries, he was forced to choose the position of the netminder. He was still an infant when he had his heart surgery.

He was playing in the field for the Fallbrook High Team when a regular medical test revealed that the area where the pulmonary artery was stitched was not growing and could have caused a future blockage.

At 27, he went through another bypass surgery, but a panel of heart specialists was split on whether he should continue to play soccer. The other half thought it would be better if he returned to playing goalie which Toth was happy to oblige. 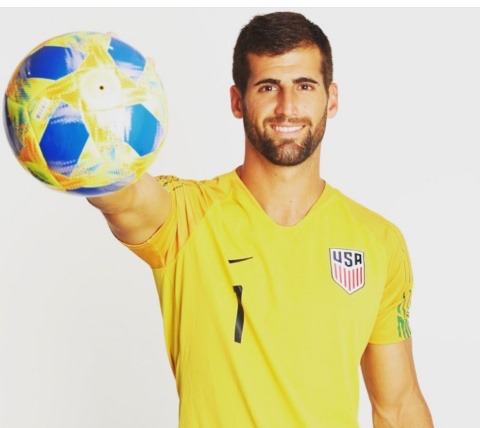 He played for a year at MiraCosta College and joined the Sockers as a backup, eventually starting the job in the playoffs when San Diego won the PASL title in 2013.

He was with the Sockers for nine seasons, including one on their reserve team. In a regular season in which the Sockers won the Pacific Division title with a 14-6 record, Toth posted a 9-2 mark, had a goals-against-average of 3.66, and was the no 1 league's goalkeeper with a save percentage (.815).

In January 2017, he was an integral factor in Sockers 5-2 win over Sonora the then highest-scoring team in the league. He flung his body for 29 stops. He scored three goals for the US National Beach Soccer team during their CONCACAF qualification in February 2017.

The next month Toth made 12 saves in Sockers 4-3 victory over Tacoma in the regular-season finale. He was with Ontario Fury for two seasons before signing with Tacoma Stars as a free agent in July 2019. In March 2021, the goalie made 12 saves in the Stars' 6-5 win over Kansas City.

The goaltender appeared in seven regular-season games for Tacoma during 2020-21 and had a 3-2 record. He conceded 34 goals and had goals against an average of 5.28 per game.