Apart from taking the role of center-back, Richards can also play as a right-back wearing jersey number 26. Starting his professional football career at Texans SC Houston, Richards has already been a part of multiple teams.

Since July 27, 2022, Richards has been playing for Crystal Palace. When he joined the team, Richards made headlines on the internet when he received a massive fee worth €12.00m. So, there is no doubt that Richards is taking home a huge salary. However, the number remains under review at the moment. 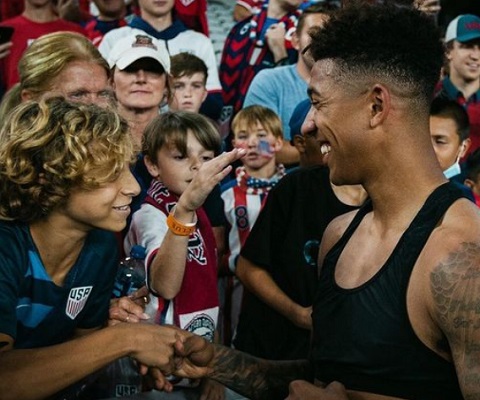 Before coming into his current team, Richards played for Bayern Munich. When he joined Bayern Munich in 2019, Richards had a deal of a whopping $1.5 million. Being active in this sport for over five years, Richards has amassed a decent fortune, and his net worth is reported to be $1 million to $5 million approx.

The professional footballer flaunts his lavish life via his Instagram handle, where we can find him under the username @eastmamba.

Relationship Status: Does Richards Have a Girlfriend?

Well, Richards is currently single, and he is not dating anyone. The footballer has been leading a solitary life for a long time and is also busy with his profession. Meanwhile, it is pretty challenging to know about his love affair as Richards is known to keep his personal matter away from us.

From this, it also becomes clear that Richards is of a private nature, and rather than sharing his details publicly; he keeps it a secret. However, Richards may open up about it in the future as his well-wishers are eager to know.

In 2016, Richards joined Texans SC Houston and played with them just for a season. The following season, Richards moved to FC Dallas. Later, Richards was loaned to Bayern Munich, and he made his debut for the senior team while playing a game against Paris Saint-Germain F.C at the 2018 International Champions Cup. 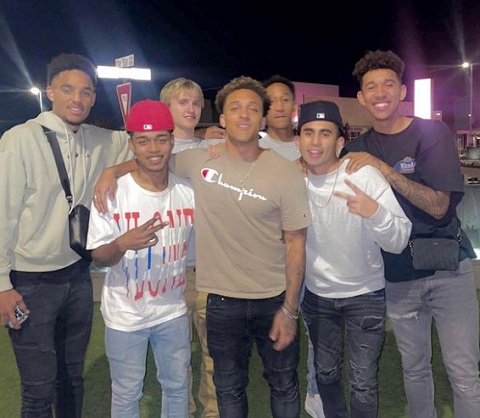 Likewise, his Bundesliga debut came on June 20, 2020, when he played a game versus Freiburg. Not only that, but he has already made his UEFA Champions League debut, and it was on November 25, 2020, against Red Bull Salzburg.

Later, Richards received a chance to play for another team, and he joined Bundesliga side TSG 1899 Hoffenheim on loan on February 1, 2021. Since July 27, 2022, Richards has been representing Crystal Palace. Coming into his international career, Richards initially played for the United States U20 and United States U23 teams.

And in November 2020, Richards made his debut on the senior team when he played a game against Panama. 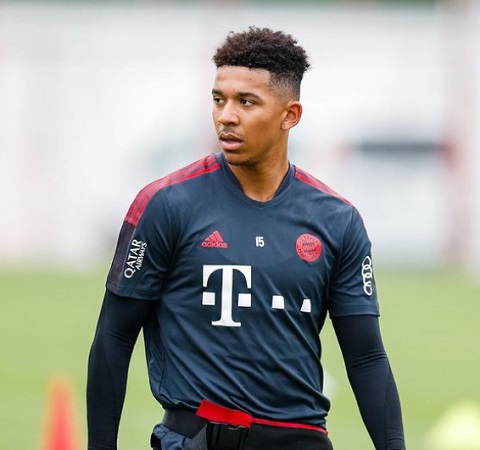 Chris Richards in one of his training session  SOURCE: Instagram @eastmamba

Not only that, but Ken also played professionally in Australia, Bolivia, and Iceland.