Chris Mepham, famous as Christopher James Mepham, is a popular football player with a dual citizenship card of Wales and England. Further, he is positioned as a center-back for Premier League club AFC Bournemouth. Moreover, he also plays for the Wales national team.

Moreover, Chris is a talented and legendary football player who wears jersey number 6 for the club. Likewise, he is a product of the Brentford and Chelsea academies. Additionally, he has earned 31 caps so far in his active career. In addition to this, he has played for many clubs and teams throughout his active years.

Chris Has a Net Worth Of Million of Dollars

As we all well acknowledge, Chris Mepham's a successful career and is a career-focused player who has been active in the field since an early age. So, following his long career history, we can say that he must have gathered a considerable sum of money, and his networth is estimated to be millions of dollars. 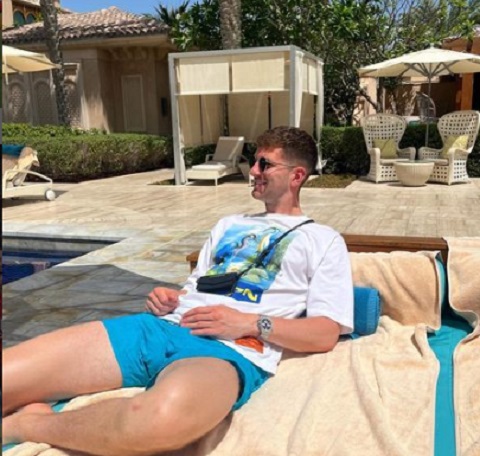 Moreover, the exact calculation of Mepham's assets value is also barred from us; however, we know that he maintains a lavish lifestyle and lives a luxurious lifestyle. According to the sources, his net worth is said to be 4 million Euros, and the foremost source of his income is his incredible football career, apart from which he might be earning from different sources, like partnerships, and endorsements.

The handsome hunk footballer, Chris, is often asked about his lovelife, and fans are often curious to know if he is dating or engaged with his special girl. Therefore we are to clear everyone's confusion. So, Chris is involved with his long-term girlfriend. Likewise, on May 5, 2022, Chris proposed to her in a hotel. Snaps of Chris Mepham and his fiancé on their engagement party SOURCE: Instagram @_meps.com

So, while talking about Jodie, she is a famous model, and she is undoubtedly beautiful, has maintained herself well, and has a decent online fanbase. Likewise, the duo is often stalked by their fans, and most fans appreciate them online, mainly in the comment section.

Additionally, the couple continuously shares pictures on their Instagram handles, updating their fans about their relationship status.

The AFC Bournemouth player Chris has been active in the vocation since a young age. Likewise, he has participated in various sports activities and training since his initial career. So Chris began playing football for Chelsea as a youth in 2008. Before starting his senior career, Chris played for clubs like Chelsea and Brentford.

For your concern, he always has had a keen interest in pursuing his career in the football vocation, and as per the sources, Chris kicked off his career at the age of 10. Well, his dedication and passion paid him well, and today he is recognized as one of the famous footballers in his club.

After a great landing in the football vocation as a youth, Mepham advanced into the first team squad, signed a new five-year contract with the team, and made a debut for the club by playing the EFL Cup third round defeat to Norwich City on Sep 19, 2017. Joining the club, he played in multiple seasons, including 2016, 2017, 2018, and 2019 under a championship division. 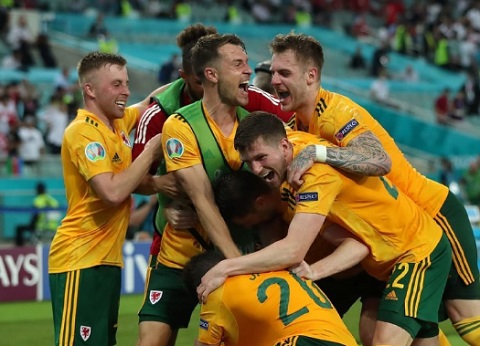 Further to his, he joined AFC Bournemouth with a long-term contract with Premier League for an undisclosed fee. Similarly, he played the first match for the club as a substitute for Junior Stanislas late in a 4–0 win over Chelsea. According to our close sources, the contract expires on Jun 30, 2025, after an extension on Sep 6, 2022.

While talking about his International career, Chris called into the Wales U20 squad for the 2017 Toulon Tournament and made one appearance. Mepham represented his national team in various shifts, including Under 20 and 21.

Insight On His Age- How Old Is he?

He was born on Nov 5, 1997, to his beloved parents in Hammersmith, England. Similarly, he holds dual nationality of England and Wales. For more information, he grew up and spent most of his childhood in his birthplace. Apart from that, Chris visited Queensmead School in South Ruislip and has been a longtime supporter of Queens Park Rangers since a young age.

Concerning his birth details, Chris's zodiac sign is Scorpio. Well, the name and facts regarding his parents are yet unknown. However, his uncle Roy was a member of the Brentford youth team in the 1960s. In addition to this, he is a secretive nature person, so we don't have much to say about his parents and bloodlines at the moment. 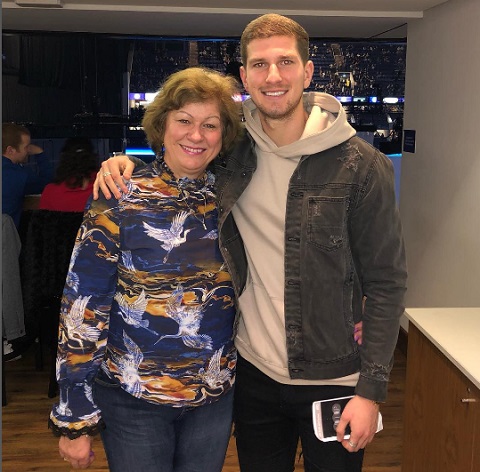 Additionally, the information about his siblings remains hidden, so we have no clue if Chris is the only child of their parents or if he also has a brother or sister. More to this, he has shared a few snaps of his mother and family on his Instagram handle, which is active under the username @_meps.

As a pro-level football player, Chris has won several titles and assisted many wins for his team. Likewise, playing for the club, the AFC Bournemouth Chris team was the runner-up in 2021–22. Along with that, he was also declared as the Brentford B Player of the Year 2016–17. Well, we can say that he is among the Wlalse footballer whose fame is growing each drawing day, and he will surely touch the height of success in the upcoming days that will encourage many of his fans and football lovers.