Chris Klein is a former American soccer player who played thirteen seasons in Major League Soccer. His career has taken a shift and he currently serves as the president of LA Galaxy, his former team. Klein was drafted by the Kansas City Wizards in the 1998 MLS College Draft. He spent his early years of professional years with the Wizards but was later traded to Real Salt Lake and eventually to LA Galaxy.

The forty-three years old is married and shares three children with his wife. However, his net worth remains unidentified as of 2019.

Chris Klein Salary and Net worth

Chris Klein's net worth remains unidentified at the moment. During is a professional career as a soccer player, he had a salary of $96,000 during his time at the Los Angeles Galaxy. 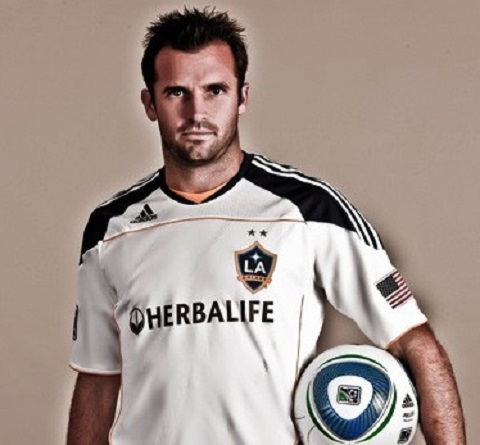 He is currently the president of the team but his salary as the president is not disclosed. Due to the lack of his financial information along with personal assets, his net worth is difficult to estimate.

Chris Klein is a married man. His wife is Angela Klein with whom he has three children; a son named Carson and two daughters named Cami and Brie. Klein and his wife are both devout evangelical Christians. He currently resides in suburban Los Angeles with his family.

He is not to be confused with Chris Klein the actor who has played movies like American Pie 2,  Game of Aces and The Competition.  The two are similar in height and body which makes many people confused among the two.

During his time at the university, he played college soccer for the Hoosiers. He started 88 games during his college career during which he registered 11 goals and 11 assists as a senior.

Chris Klein entered the 1998 MLS College Draft where he was selected as the fourth overall by the Kansas City Wizards. In his rookie season, he played in 17 games with starting in eight games and substituting in nine. He ended the season with zero scores.

After retiring from professional football, Chris Klein began working for the LA Galaxy as the Senior Director and is currently the president of LA Galaxy.