Chris Boucher is a Saint Lucian-Canadian professional basketball player. Boucher currently plays for the Toronto Raptors of the National Basketball Association (NBA). The two-way player for NBA and G League Boucher also played for Golden State Warriors in NBA earlier and has won the NBA Championship with both Warriors and Raptors.

Boucher played college basketball for the Oregon Ducks. Currently, Boucher gets paid an average salary of $457,418 per year.

Boucher has an estimated net worth of around $1.5 million as of 2019. He earns a tremendous amount of money from his professional basketball career. Boucher is currently under a 2 year/ $2,045,649 contract with the Toronto Raptors, including $457,418 guaranteed, and an annual average salary of $1,022,825.

Furthermore, he previously played for Golden State Warriors. Similarly, Boucher might have earned a good sum of money from his college basketball career.

A high school dropout, Boucher worked as a part-time cook and dishwasher at a St-Hubert restaurant in Montreal where he used to earn less than $10 per hour.

To date, Chris Boucher is not married and is not dating anyone currently. Likewise, there are no any records of Boucher's past relationships and affairs. Furthermore, he hasn't faced any rumors regarding his personal life and love affairs. 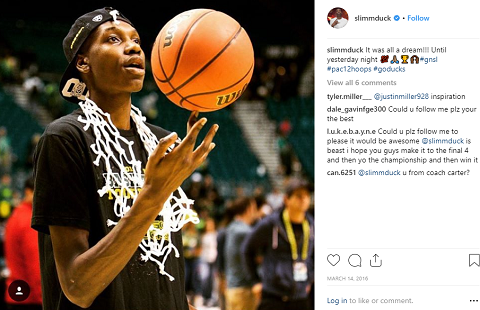 Even though Boucher is not married yet and hasn't been in any relationship, he hasn't done any activities or said anything that makes people feel a doubt regarding his sexuality. Currently, Boucher might be focusing on building up a good career.

Chris Boucher was born on 11th January 1993, in Castries, Saint Lucia. His parents are Jean-Guy Boucher (father) and Mary MacVane (mother). His parents separated when Boucher was young. So Boucher moved to Montreal along with his mother when he was five years old. 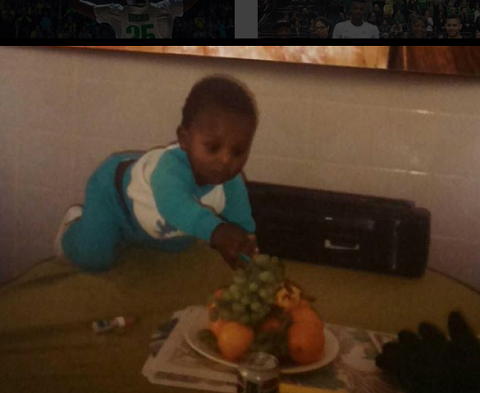 Boucher belongs to Saint Lucian-Canadian nationality and holds African-American ethnicity. During his school days, he played soccer and ice hockey. Boucher dropped his high school at the age of 16 to work as a cook and dishwasher.

Boucher attended New Mexico Junior College and played one season for the college. He next attended Northwest College. Likewise, Boucher completed his graduation from the University of Oregon.

Chris Boucher played a season for the New Mexico Junior College team where he averaged 11.8 points per game and 6.7 rebounds per game. Boucher further played for the Northwest College team and was named NJCAA Player of the Year and further led the team with 31–5 record.

Moreover, Boucher also played for the Oregon Ducks team. However, prior to the 2017 NBA draft, Boucher was unable to play with the team due to his injury. So he signed a two-way contract with Golden State Warriors and became the first player to sign up on the NBA's newest two-way contract policy.

Boucher played his first NBA match on 14th March 2018 and made 1 rebound and 1-3 point attempt. On 22nd June 2018, he was waived by Warriors and Boucher signed for Toronto Raptors as a free agent on 20th July 2018. Moreover, Boucher signed a two-way contract with Raptors on 12th October 2018.