Marshall, Texas native Chasen Hines is a well-known American football guard who currently plays for the New England Patriots of the National Football League (NFL). He played college football at LSU. Besides that, he was rated as both a top-10 guard and top-25 defensive tackle arriving out of Marshall High School in Texas.

The 22-years-old football guard was drafted by the New England Patriots in the sixth round with the 210th overall pick of the 2022 NFL Draft. Since then, he has been with the team of Patriots and is doing pretty well in his career. Not to mention, Hines is a squatty guard with very good energy and good athleticism. Similarly, the 6 feet 3 inches tall guard projects as a future starter with technical progress. Furthermore, he is a great drive blocker as he can create movement up-front.

Chasen Hines was born on April 3, 2000, making his age 22 years as of 2022. He is a native of Marshall, Texas and holds an American nationality. The 6 feet 3 inches tall football guard is pretty close to his parents and other family members. However, Hines seems to be of private nature as he has kept the details about his family life away from the media sources.

Due to this reason, we are unable to mention much about his father and mother. Also, the information about his siblings remains under review. But we can say that Hines has received huge support from his parents, and he surely credits them for the success and achievements received by him.

Wikipedia: Take A Look At His Career

Starting with his early days, Hines was involved in other sports. It is reported that he played baseball in his youth and played it until he was a junior in high school. Later, Hines developed a love and interest for football. Furthermore, he attended Marshall High School and played football for his last two years there. 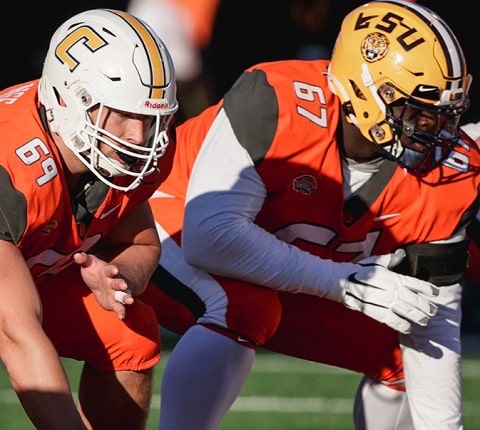 Moreover, he transitioned from offensive line to defensive tackle as a senior and was immediately impacted. Likewise, he enrolled at LSU in January of 2018 and went through spring training with the Tigers. Not to mention, he is a consensus four-star prospect. Before switching to the defensive line, Hines was tilted as the No. 1 offensive guard in the state of Texas and No. 6 nationally.

Similarly, he was ranked by 247sports as the No. 22 defensive tackle in the country. His performances had helped him win various titles. So, he was also nominated to participate in the U.S. Army All-American Bowl. Not only that but he was selected to partake in the 2017 Offense-Defense All-American Bowl.

As a freshman in the year 2018, Hines played eight games with one start. He began at left guard versus Mississippi State as he supported the Tigers to a 19-3 win over the Bulldogs. He came off the bench for an injured Garrett Brumfield against Auburn and led LSU to a 22-21 victory. Also, he played 26 snaps against Auburn. In the same season, he participated in numerous games and helped the team to win various titles too.

As a sophomore in 2019, he served as the backup to All-America Lloyd Cushenberry III at the center. He played in 10 games with no starts. Hines also saw action on special teams. And as a junior in 2020, Hines took over as the starting right guard for the Tigers after performing as the backup center to NFL draft pick Lloyd Cushenberry in 2019. He began the first nine games of the season before missing the finale versus Ole Miss. 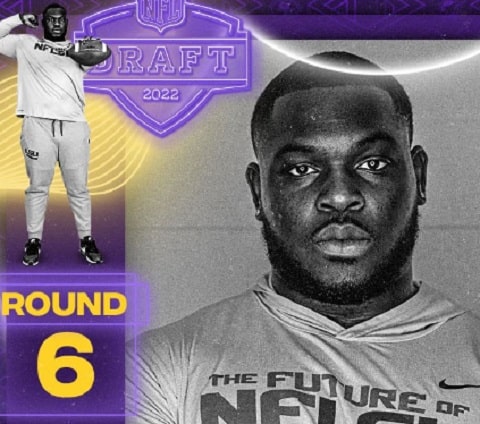 As a senior, he appeared in eight games, starting seven times. Also, he played 76 snaps at Auburn and then logged 74 snaps at Kentucky. So, appearing in multiple games, he possesses tremendous athletic ability with great feet and is very smart. As mentioned earlier, he was drafted by the New England Patriots with the 210th pick in the sixth round of the 2022 NFL Draft. So, he is now playing for the team of Patriots.

Coming into his financial background, Hines makes most of his gains from his profession as an American football guard. As we know, he is currently associated with the New England Patriots, so, from his current team, Hines must be taking home a fair sum of money. According to Over the Cap, Hines has a base salary of $705,000 with a prorated bonus of $37,010. 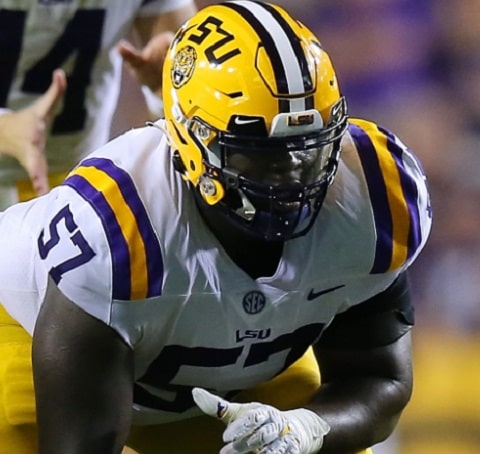 Chasen Hines in one of his matches SOURCE: Twitter @Boston_Diehards

In the future, Hines may collaborate with various brands and may boost his bank balance from sponsorship and endorsement deals. With his high income, Hines surely enjoys a quality life.

Personal Life: Does Chasen Hines Have A Girlfriend?

Chasen Hines is currently leading a single life, and he does not have a girlfriend. However, Hines has not talked about his love life in the media. So, the precise details still remain under review. The 22-years aged Hines has a Twitter account from where he makes posts regarding his professional life.

Apart from that, he does not have much presence on Instagram, making it more challenging to know about his love life. So, due to his private nature, none of the media outlets have been able to cover details about his past affairs too. Moreover, Hines may give some hints about his love affair in the future. So, we can follow him on Twitter as @chasen_hines.