2020 Nascar Cup Series winner Chase Elliott is a well-established stock car driving driver. He has been driving in professional events since 2010. Elliott currently competes as a time driver in the NASCAR Cup Series, driving the No. 9 Chevrolet Camaro ZL1 1LE for Hendrick Motorsports. Chase was the youngest champion in the 2014 NASCAR Nationwide Series.

Chase Elliott has an estimated net worth of more than $20 Million. He is among the highest-earning stock car driver in the business. In 2020, Forbes listed him in the seventh rank among the highest-paid NASCAR driver with a salary of $7.5 Million and $2 Million as his earnings from endorsement and licensing. Elliott must be making millions from his sponsorship deals with  UniFirst, NAPA, Chevrolet, Mountain Dew, Bosch, and Siemens.

Chase took home $480,557 as his prize money in the 2015 season. Since then, NASCAR has banned publishing the actual salary and earnings of their drivers. He is very much early in his career and will be making millions in the future.

Chase's father, William, was a professional stock car driver for more than a decade. He earned a net worth of more than $15 Million in his career. Elliott still works as a supervisor for numerous brands.

Who is Chase Elliott Dating? Know About His Girlfriend and Relationship History

Chase is not only famous for his successful career but also well-known for his love life. He has had several failed relationships before. Elliott is dating Ashley Anderson. The duo has been together for more than six months. Chase posted a photo of them in March 2021. 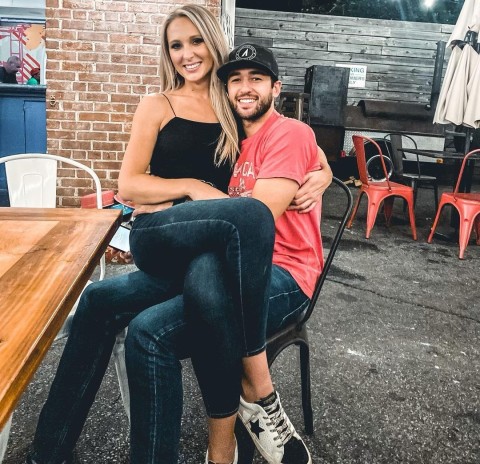 Before finding love with Ashley, Chase was involved in a romantic relationship with Kaylie Green for some time from 2019 until 2020.

Chase started his professional career in 2010. He won his first title in 2010, Winchester 400. In February 2011, Elliott signed a three-year driver development contract with Hendrick Motorsports. The American racer won the 2011 Snowball Derby. In January 2013, Chase made his NASCAR Camping World Truck Series debut for Hendrick Motorsports.

Elliott would win his first race in the Chevrolet Silverado 250 at Canadian Tire Motorsport Park. After competing in the series until 2014, Chase made his debut in the Xfinity Series and competed in the Nationwide Seris, driving the No. 9 Chevrolet for JR Motorsports, with sponsorship from NAPA Auto Parts. He won the 2014 Nationwide series.

Chase has raced in 213 races for the Hendrick Motorsports in the NASCAR Cup Series to date. He won his last title in 2021, Jocku Made in American 250. Elliot has won a total of twenty-one NASCAR events until 2021.