Charles Bediako is a college basketball player, who plays for the Southeastern Conference(SEC) league team Alabama Crimson Tide. He was ranked as one of the top prospects from the class of 2021. Rivals, ESPN and 247Sports, all rated him 4 stars. Overall, he was ranked 32 by 247Sports, and 35 by ESPN.

Charles has also represented Canada in Canada's Men's National Under-19 basketball team. He helped the team to become runner-up while averaging 1.8 points and 2 rebounds per game. In 2021, he averaged 4 points and 2.9 rebounds per game in FIBA U-19 Basketball World Cup. Canada won the bronze medal. His father's name is Charles Sr., and his mother's name is Joyce Asante. He was raised along with his brother Jaden in Canada and later brought to America. He does not come from a well-renowned family and has never revealed information regarding his family and ancestors.

Bediako Charles attended Ridley College in Canada and later transferred to Andrews Osborne Academy in Ohio, US. After playing basketball in his junior year at Andrews, he moved to Florida and transferred to IMG Academy for his senior season.

He recorded an average of 13.2 points per game earning him the position in the Jordan Brand Classic roster.

Is Charles paid as a college player?

Charles Bediako is very early in his career and hasn't had a lot of time to show his talent. More is yet to come and he is going to earn more amounts.

Read about:- How Much Is Frank Gore's Net Worth In 2021? Contract & Salary Details 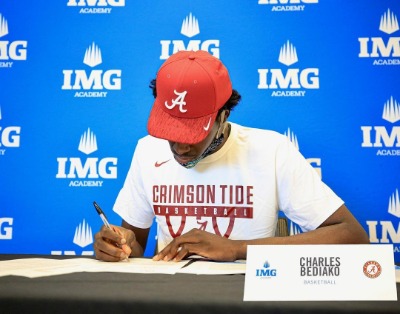 No matter, Crimson's center player has a very bright future ahead of him regarding fame, name, and money too.

Who is Charles dating?

Charles Bediako has not revealed having a relationship with any girlfriend. Till now, he is quite secretive about his love life. It might be that, he likes his love life behind the public reach. Hence, there is not much information regarding his relationship on any social media platform. 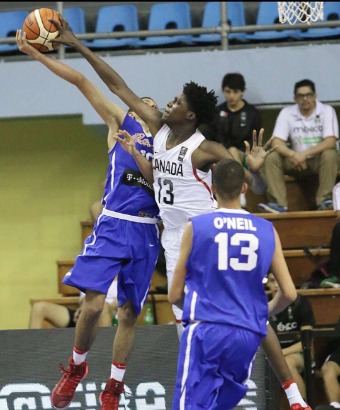 And, 2021 Jordan Brand Classic nominee has never appeared together with any other woman in the public. It may be that he is still single. As of 2021, he is just 20 years old and focusing on his career without spending time in romances.

The Alabama Tides center player also has a Twitter account with the username @CBediako which currently has 2,000+ followers.