Charles-Andreas Brym is a professional football player from Canada and currently plays in the second-highest professional league of the Netherland called Eerste Divisie. He plays in the forward position for FC Eindhoven and has been playing for them since 2021. He wears jersey number 19 for the club.

Charles also plays for Canada's national team. He has been representing Canada's senior team since 2020. He made his debut for the Canadian national team on January 7, 2020, against Barbados. Previously, he also played for the Under 23 team and represented in the 2020 CONCACAF Men's Olympic Qualifying Championship.

Who is Charles? Is he French or Canadian?

Charles-Andreas Brym was born on August 8, 1998, in Colombes, France. According to astrologers, his birth sign is Leo. There is no information about the personal details of his parents. but as per sources, his mother is Corsican while his dad is Togolese. So, he holds the nationality of both French and Canada but prefers representing Canada.

His weight is around 68 kg and has short black hair with a slightly brown color.

Brym's net worth and Career Earnings

According to the sources, Charles Bryn's estimated net worth is $100,000 approximately. He makes moderate money with his current club. He also owns a black Audi car which he shares on his Insta.

The market value of Charles is 175 thousand pounds according to transfermarkt.

His market value was 200 thousand pounds in October of 2021.

Is Brym Charles in a relationship?

Canadian forward is a very closed person who prefers to keep his private life out of media reach. Besides, he also has never shared any info about his relationship on social media.

He has never been shown with his partners or girlfriends in the public. He is a quite secretive persona and silent about his relationship status. 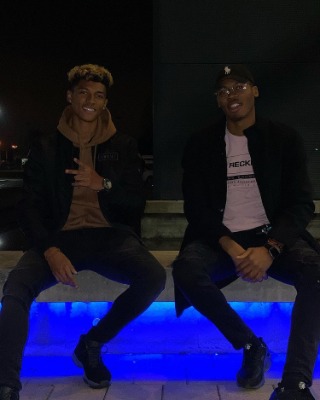 But who knows, the young footballer can be hiding his relationship status. He might surprise his fans in the future.

Read: Who is Borjan married to? His Married Life with Snezana

He is highly active on his Instagram and frequently posts about his games, training and time with friends.

His Instagram username is @ca.brym and has more than 2,900 followers. His Insta is filled with photos of himself, and his games and training.