Besides, Lamb played college football at Oklahoma. During that time, he was a consensus All-American in 2019. The 6 feet 2 inches tall football wide receiver received an offer to play from different schools, including the University of Alabama and the University of Texas. Despite that, he chose to be in Oklahoma.

How Much Is CeeDee Lamb's Net Worth? Salary Explored

Lamb has been playing in the NFL team since 2020 and has amassed a massive amount of money. Lamb is estimated to have a net worth of over $5 million. Some online sources also say his fortune is around $21 million. Lamb's wealth is undoubtedly massive, which he preserved from his deal with his current team. 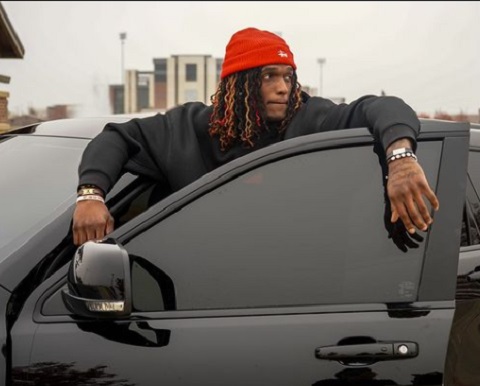 Lamb has a fifth-year team option, and it can be said that his income will rise more in the coming years. The same report by Marca shows that his market value is around $83,849,292. So, he is one of the wealthiest players on his team, just like Terry McLaurin. Moreover, Lamb lives a lavish life with his high income.

Meet CeeDee Lamb's Parents and Details About His Early Life

Cedarian DeLeon Lamb was born on April 8, 1999, in Opelousas, Louisiana. He lived in New Orleans, and with his family, he moved to Houston due to Hurricane Katrina's effects in 2005. Regarding his family, Lamb was raised by his parents, Leta Ramirez and Cliff Lamb.

Likewise, Lamb grew up alongside his two siblings; both sisters named Andres and Brianna. Besides, Lamb comes from a football family background. His father played at MidAmerica Nazarene. His uncle, Adam Lamb, played at Texas Southern. He also has another uncle, Chester Ramirez Jr, who played at the Air Force Academy.

So, it is believed that Lamb was inspired by his family members to get involved in this sport.

Relationship: Does CeeDee Lamb Have a Girlfriend?

CeeDee Lamb is currently single and does not have a girlfriend. Lamb might be prioritizing his career rather than searching for a life partner. But he was previously in a relationship. He dated Crimson Rose for some years. According to a report, Lamb and his ex-girlfriend met each other met at the university of Oklokaham. During that time, both of them were student-athletes.

Initially, the duo kept their love life away from the press. Finally, their relationship was made official in 2020 when the Dallas Cowboys drafted CeeDee in the first round of the 2020 NFL Draft. Rose was beside Lamb the whole time. They dated for some time and broke up secretly. 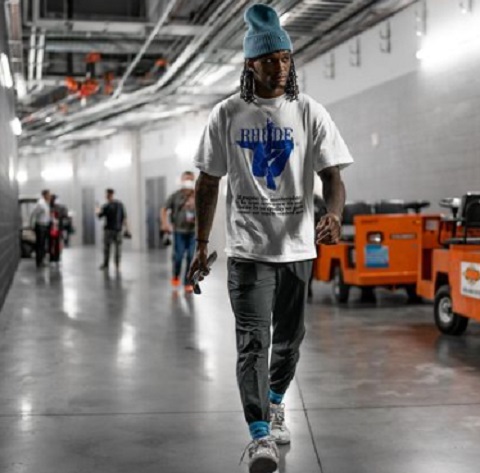 It is unknown when they broke, and the reason also remains unknown. Their split was confirmed when Rose posted images with her new boyfriend, Antonio. Now, Rose is happy with Antonio. On the other side, Lamb is also busy with his professional career. CeeDee Lamb with his teammates after a match SOURCE: Instagram @cee2x___

After that, Lamb received offers to play with the University of Alabama and the University of Texas. But on July 25, 2016, he committed to the University of Oklahoma. Lamb played in all 14 games as a true freshman, posting 46 receptions for 807 yards and seven touchdowns. As a sophomore in 2018, Lamb was a pivotal contributor to the Sooners' 12–2 record and playoff appearance.

As a junior in 2019, Lamb caught passes from quarterback Jalen Hurts. He caught 62 passes for 1,327 yards and 14 touchdowns. After that, he was also named a first-team All-American. Due to his performance against Baylor, CeeDee was given the title of the Most Outstanding Player of the Big 12 Championship. Later on December 29, it was announced that Lamb would enter the 2020 NFL Draft.

The Dallas Cowboys drafted CeeDee in the 2020 NFL Draft in the 1st round with the 17th overall pick. And on September 13, 2020, he made his NFL debut while playing against the Los Angeles Rams.

In that game, he had five receptions for 59 yards. In the 2020 season, Lamb represented the team in many competitions and gave his best to help the section win most of them. Moreover, Lamb is still with the Dallas Cowboys and is doing well in his professional career.

Lamb is fond of using social media and is active on Instagram as @cee2x___. His IG account has already been verified. At the time of this writing, he has been followed by more than 1.1 million people.

From his Instagram account, Lamb shares details regarding his professional games and events. Also, he promotes some brands.