Cayleigh Griffin is an American sports Host and Reporter for AT&T SportsNet in Houston and is the Courtside Reporter for the Houston Rockets on AT&T SportsNet. Early in her career, she has worked for the prominence network such as Fox Sports, ESPN, NBAT, and CBS Sports Network.

Stamford, CT native, Cayleigh Griffin was born on 22nd October 1992, under the star sign Libra. She is the daughter of John and Dorothy Griffin and two sisters: Riley and Mackenzie. The twenty-nine years old holds an American nationality and is of white ethnic background. She stands 6 feet 1 inch(1.85 m) and weighs about 132 Ibs( 60 kgs).

How Much Is Cayleigh Griffin's Net Worth In 2022?

From Big East Conference to San Antonio Spurs to Cleveland Cavaliers to Houston Rockets, Cayleigh Griffin has not only earn big recognition but also a tremendous sum of money. Currently signed to the AT&T SportsNet Southwest, her salary and contract with the network are yet to disclose. According to the source, AT&T SportsNet reporter salaries range from an average of $33,774 to $112,519 per annum.

From the above reports, it is estimated that Griffin's salary in 2022 is no less than the six-digit figure. Further, her net worth is approximately $1 million.

As a matter of fact, there are no reports in the media/public regarding Griffin being in a romantic relationship or such her boyfriend. The sports reporter has maintained her love life as secret as possible.

Caleigh Griffin is pretty famous on Instagram with 21.2k followers. Her posts on Instagram are mostly from sports and some from vacations and with her friends. 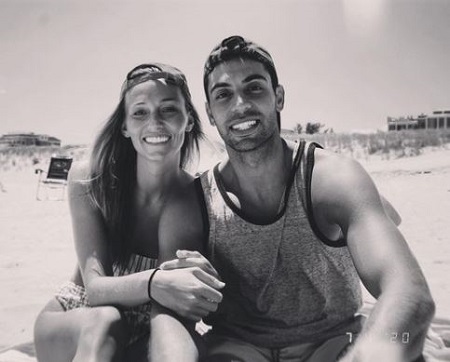 On 7th July 2020, she shared an adorable picture with Jay Shunnar, an Interim Director of Basketball Operation at Butler University. Similarly, Shunnar also shared a picture with her via his IG later three days. The picture was captioned, "Lake guy meets ocean girl" and a red heart emoji. There is a question Are the two dating?

Cayleigh started as a sports analyst while still at college: Providence College TV. Later, she interned at The Festivalists, NBCUniversal, Inc, The Rhode Show, and Wieden + Kennedy. Also, she worked as a runner at Fox Sports, did a freelancing color commentator at Verizon Fios 1 News and Livestream Digital PA at NBC Sports before joining Big East Conference as a digital assistant and correspondent (September 2014 - 2016). 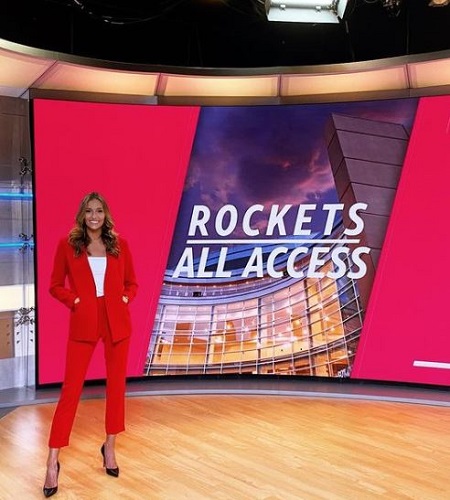 Cayleigh enrolled at Trinity Catholic High School where she was a student ambassador and varsity volleyball/basketball captain of both teams senior years (2006-2010). Upon graduation, she attended Providence College in 2014. She received B.A., Humanities/Humanistic Studies with a minor in Film/Video. What's more? she did a communication internship at Boston University Academic Center - Sydney, Australia.