Catherine Astrid Salome Freeman, popularly known as Cathy Freeman or Cath, is a former Australian sprinter who specialized in the 400 meters event. She is a 1990 gold medalist at the Commonwealth Games held in Auckland, New Zealand, becoming the first Australian Indigenous person to win. She currently ranks as the sixth-fastest woman of all time with her personal best of 48.63.

The forty-six years has married twice. Currently, she is living a blissful life with her 2nd husband, James Murch, with whom she shares a child. Further, her net worth is approximately $4 million.

Cathy Freeman Net Worth in 2021; How much does she Earn?

Cathy Freeman has an estimated net worth of $4 million, as of 2021. Since she has retired from her profession, she earns no salary. 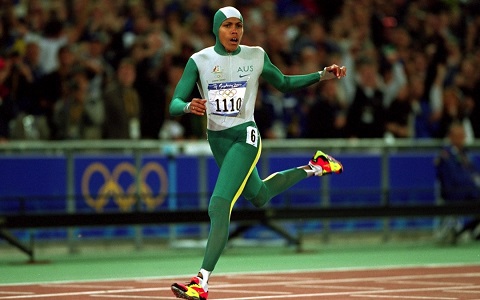 Standing 5 ft. 4 in. tall with the weight of 56 kg, Freeman has also contributed a lot in the charity work besides the name Cathy Freeman Foundation, she started a foundation in 2007 to help Indigenous children and their families recognize the power of education and achieve their goals and dreams. She is a true inspiration for society and mankind.

Moving on to her personal life, Freeman is happily married to James Murch, a Melbourne stockbroker. The couple announced their engagement in 2006 and got married in 2009. 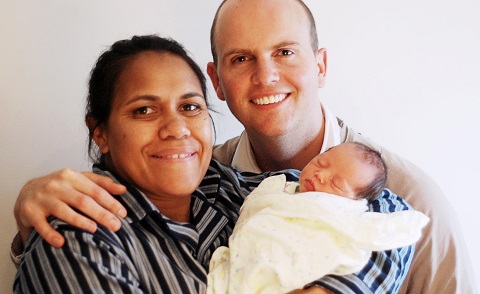 Cathy and James are blessed with a beautiful child named Ruby Anne Susie Murch. But, it’s not her first marriage.

Her first husband was Alexander “Sandy” Bodeker who was a Nike executive and20 years her senior. They got married in 1999 and got divorced in 2003. Besides, she also had some love history with Nick Bideau (her manager) and Joel Edgerton (an Australian actor).

Cathy Freeman was born on 16th February 1973, at Slade Point, City of Mackay, Australia, to Cecelia Freeman and Norman Freeman. Her star sign is. Further, she holds an Australian nationality, however, her ethnicity is unknown.

Freeman started athletics at the tender age of five, and her first coach was her stepfather, Bruce Barber. By her early teens, she had a bunch of regional and national titles, having competed in the 100 m, 200 m, long jump, and high jump.

In 1987, Freeman enrolled at the Kooralbyn International School where she was coached professionally by Romanian Mike Danila, who became her first coach and later a chief influence throughout her career.

The following year, Freeman earned a scholarship to an exclusive girls' school, Fairholme College in Toowoomba. That same year In a competition, Freeman ran 11.67s in the 100 meters and Danila began to think about entering her in the Commonwealth Games Trials in Sydney.

Furthermore, she is a proud graduate of the University of Melbourne.

Freeman was chosen as a team member of Australia's 4 × 100 m relay squad for the 1990 Commonwealth Games in Auckland, New Zealand. With the team winning the gold medal, Freeman became the first-ever Aboriginal Commonwealth Games gold medallist and one of the youngest, at 16 years old.

She then relocated to Melbourne in 1990 and soon her manager introduced Freeman to athletics coach Peter Fortune, who would become Freeman's coach for the rest of her career. Moreover, she represented Australia at the 1990 World Junior Championships in Athletics in Plovdiv, Bulgaria where she reached the semi-finals of the 100 m and placed fifth in the final of the 400 m.

Adding on to her professional life, she is entitled to various honors and awards. She has won the title of “Australian of the Year” in 1998. Similarly, Arthur Ashe Courage Award (2001), Deadly Awards (2003), Sportswoman of the Year (2001) by Laureus is some of the other titles that she owns. She has retired in the 1st of July, 2003.