The 2019 US open semifinalist, Caroline Dolehide is an American professional tennis player. Having reached a career-best ranking of  No. 102 in the world in 2018, Caroline has won 7 IFT titles in her short tennis career. Additionally, she came to the limelight when she reached the semifinals in doubles at the 2019 US Open with compatriot Vania King.

The 21 years old rising star is a native of Hinsdale, Illinois, US and was born on September 5, 1998. She was born as a daughter of Brian Dolehide and Mary Catherine. Orlando, Florida, US resident, Caroline was born as an American native under the star sign Virgo.

Apart from career earnings, she also earns a decent amount of money from an endorsement deal with different brands including Adidas. Additionally, she also has promoted the products of Evian Water, Awful Cloth and many more. However, the details about how much she earns from the deal are not in the media but her Instagram account suggests that she has collected a decent fortune through which she is enjoying a good life standard.

The 21 years young and beautiful tennis player is yet to be in a relationship. Moreover, she has never hinted about her probable partner in her social media too.

However, she seems to be more into family and friends rather than love affairs. Also, Caroline is a highly career-oriented lady as her Instagram account is full of pictures of her tennis career.

Although she doesn't have a partner for life, she seems to have a lot of friends for life. Exploring her social account, she has been to a lot of exotic places around the globe along with her friends. 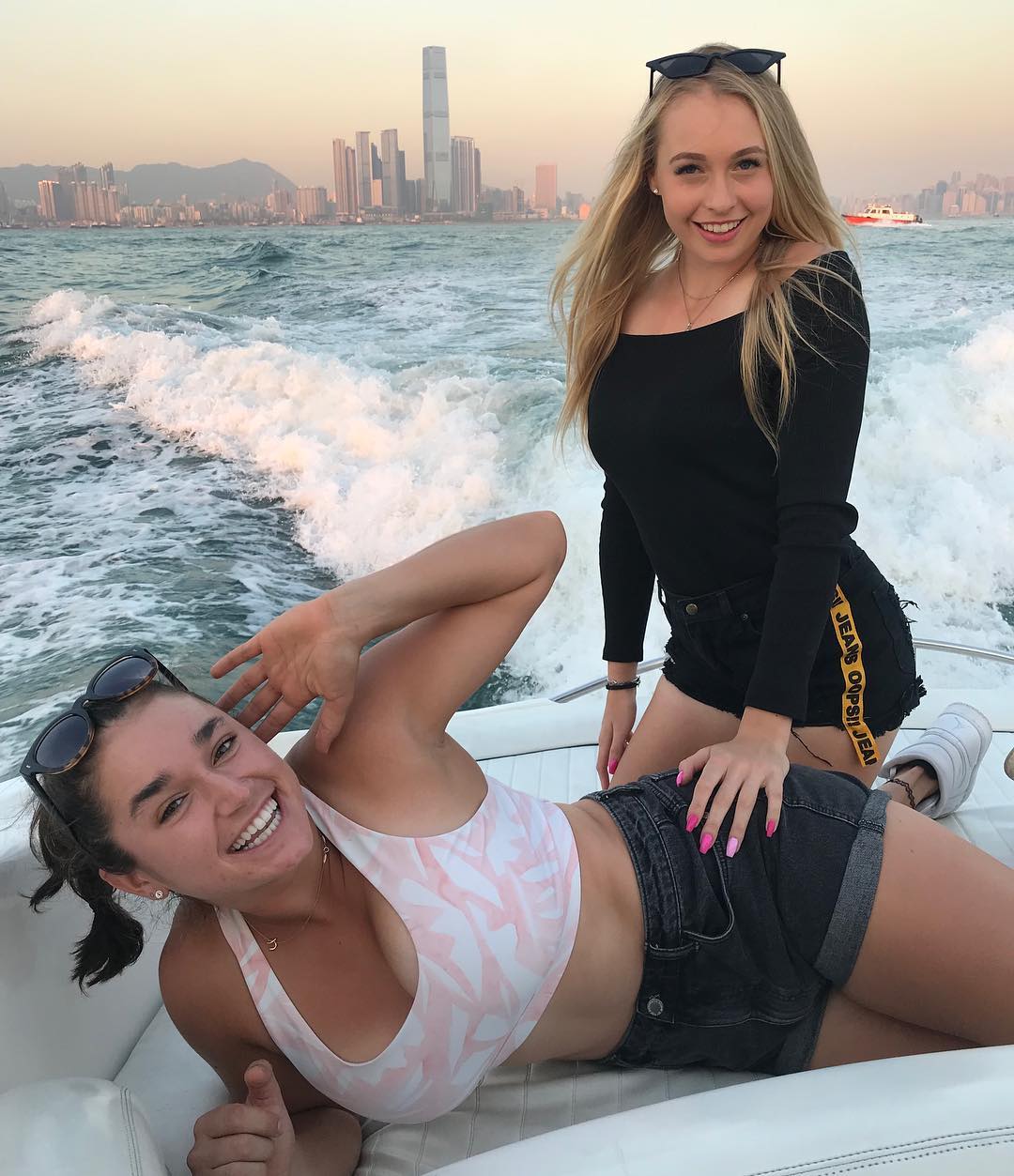 In particular, she was spotted enjoying her time at places like Akropolis, and Mykonos in Greece, Victoria Harbour in Hong Kong and most importantly Dolehide has visited all the states of America.

Caroline has started her playing career since the age of five. The only source of her inspiration for playing tennis is her sister Courtney who played college tennis at UCLA.

The young tennis athlete is yet to achieve a height in terms of career. However, her notable career achievement includes 7 ITF titles. Also, she came into the limelight after she reached the semifinals in doubles at the 2019 US Open with compatriot Vania King.

Additionally, in 2018, she reached a quarterfinal in Wimbledon. As of 21 2019, Caroline's doubles ranking is 70 and a single ranking of 245. Her first WTA win was against Naomi Osaka before she lost with compatriot Madison Keys in the next round in 2017.

In addition, she played against some of the renowned tennis players such as Simona Halep, Venus Williams and many more in her entire playing career.

For More Bio on tennis Players, Stay Tuned With Playerswiki.