Carmelo Enrique Valencia Chaverra, aka Carmelo Valencia, is a proficient Colombian professional football player signed to Categoria Primeira, A side Athletic junior. The forward began his football career in 2003 with the club Atletic Nacional. In the two decades of his soccer career, Carmelo has appeared for more than 14 clubs, including Real Cartagena, Uslan Hyundai, Newells Old Boys, Tianjin Teda, La Equidad, Atletico Junior and many more.

Former Newells Old Boys striker Carmelo Valencia has football experience in leagues in different regions of the world. He is one of the well-established and popular Colombia footballers in his country. Valencia is an adaptable player who can play as an attack-center-forward for the team as per the team's needs.

Carmelo Valencia's full name is Carmelo Enrique Valnecai Chaveerra. The Colombian international was born on 13 July 1984 in Tutenendo, Choco, Colombia, under the cancer star sign. At the moment, Atletico Junior forward is 37 years old. He was born and raised in Western Colombia, where he spent his boyhood in a predominantly black community. He is a righted-footed player and symbolizes himself by wearing jersey number 15 on his club's Jersey.

Valencia, who is 37 years old, possesses an average height of 5 ft 8 inches or 1.73m and weighs 68 kg. He is a black shredded footballer with bald hair. He is a Colombian native with a permitted citizenship card. Besides football, he enjoys swimming and spending quality time with his family. Furthermore, the ex Deportivo Pasto player is of dark skin face and a black eye.

Carmelo Valencia seemed to be a private person. He was born to a Colombian father and mother. Te former Colombian international stays silent regarding his parents and chooses to keep their facts to himself.  Like him, his parents are Colombian natives and hold citizenship cards. 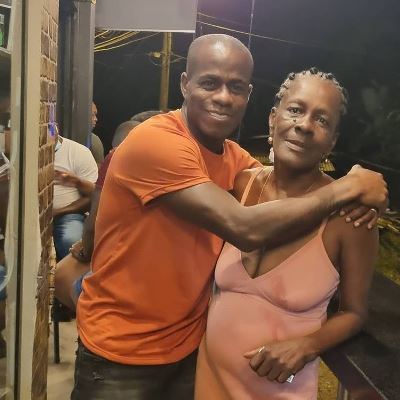 In addition, they are Christians who follow and believe in the Christian faith and significance. Despite mentioning anything about his parents, Carmelo has shared a beautiful photo of his mother writing " How much I love You my Life heart emoji" on his Instagram account.

Valencia always has been a sporty individual. He has been a participative character since his school days. He kicked off his soccer journey playing as a striker for Atletico Nacional as an amateur player before 2003. Afterward, he began playing in the senior Nacional squad making his pro debut in the Colombian Categoria Primera A league in the 2003-4 season. Before moving to Real Cartagena and Deportivo Pasto in 2005, Carmelo played just 12 games in that season. The following year, he moved to his former club Atletico Nacional for two years.

Valencia, the Atletico Junior's jersey number 15, had the greatest performance. He also defended the Nacional crown in the second-semester final against Equidad, scoring a winning goal for the team. After that, he signed a contract with Millonario in 2009. The Choco-born footballer was quite often switching the clubs. His career didn't go uphill as he assumed, so he decided to move to the K League, signing a three-year deal with Ulsan Hyundai on 18 January 2010. 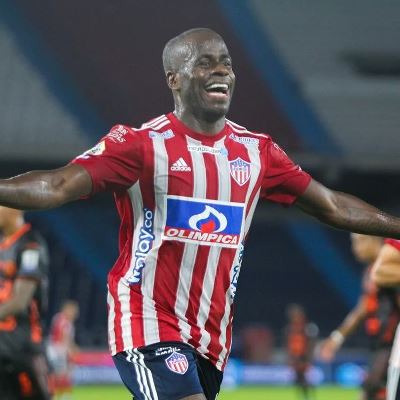 Likewise, after the expiration of his contract, a former Cartenaga star player was transferred to China League one sides Beijing Enterprises Group for the 2016-17 season. Shortly after that, Carmelo played for La Equidad, America de Cali, Independiente Santa Fe and Cacuta Deprotiva in the period between 2017 to 2019. At present, the Colombian nationality is serving Atletico Junior as a forward. For Junior, he has appeared in just 65 matches sending balls 11 times behind the net.

Talking about his national team appearance, he has represented his nation in just three global games. It was quite challenging for him to get into the squad as there were numerous world-class Colombian players. Nevertheless, he was called for the Colombia national team from 2007 to 2008 and made his appearances in the world cup qualifying and international friendlies matches. Since then, he could not regain his spot on the national team.

You may read Sean McEwen.

Annual earnings, salary, market value and net worth of Valencia

Carmelo Enrique Valencia Chaverrra, the protean player, has been on the football line for about two decades. He has played in several leagues in different parts of the world. Exploring his lifestyle on social media, he seems to be accumulating quite a fortune from his soccer career. As per our research, Carmelo's worth is around $5 million.

According to sources, the player acquires a weekly pay of $13,333 and annual pay of $1,60,000 playing for Atletico Junior. It's confident that he also has counted massively from his previous club's earnings to his bank balance. Reportedly, in addition to that, he also has other incomes source. They are his sponsorship, brands and commercial ads.

Despite his mature age, the former Colombian nation team member Carmelo Valencia is displaying his worth to his club. According to the Trasfermarket data, Atletico Junior's crucial player Valencia is worth €200K, and his highest market value was €1.50 million on 5 November 2013.

A right-footed Colombian footballer is a family man. Valencia is a married to his girlfriend. Before stepping into the wedding aisle, the duo dated for some time. Their matrimonial date remains a mystery at the moment. 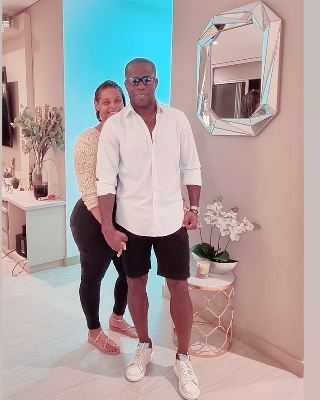 Mr. and Mrs. Valencia has seen together in various shows and sports events. The love birds are very happy and have cheerful marital status. They often post pictures on their Instagram account of their vacation and tours.

Valencia family is a happy family of five. He is the father of his three children. All of his children are pretty daughters. He has a very strong bond with his daughters. The athlete is very protective of them. His Instagram post is almost with their photos, but he still has not said a word regarding his daughters. 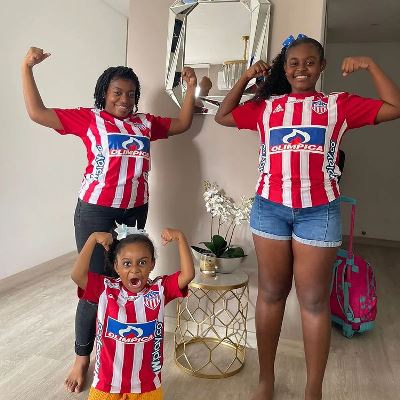 He loves spending quality time with his daughters. His children also physically appear in most of Carmelo's matches to boost and cheer him up.

A professional footballer, Valencia is an organized and routine media user. He is one of the renowned footballers in his country, with Instagram followers of 85.9K. The player has verified his Instagram id with the username @carmelo_valencia9. Similarly, we can find him on other media like Facebook and Twitter. But among these, he is more active on Instagram and gives his sports information and happenings to his fans and followings via these media.

Valencia even used this platform as an opportunity to generate revenue by publicizing and branding the products.

At Playerswiki, you may read various sports news, bio, love affairs and gossip about the athlete.