Caleb Mills is a college basketball player currently playing for the Florida State Seminoles. He plays as a point guard and shooting guard for Seminoles in Atlantic Coast Conference. Before Florida State, he committed to play for Houston Cougars where he averaged 13.2 points per game which is a team-high despite coming off the bench. He was included in the  AAC All-Rookie Team honors and Second Team All-America Athletic Conference(AAC).

ESPN and Rivals rated him as the four-star recruit in his class. Also, he was ranked No. 7 in North Carolina while being 117 overall prospects. During his junior year at high school, he was included in the All-Southeast Super Region Team. In one tournament held in the Canary Islands, he recorded an average of 25.3 points per game and was named tournament's MVP.

Caleb Demond Mills was born on July 24, 2000, in Arden, North Carolina, United States. According to the astrologers, his zodiac sign is Leo. According to Seminoles, his father's name is Demond Mills while his mother is Sheree Mills.  He grew up along with his two brothers Collin and Jalen Mills in North Carolina. He also has a sister named, Micayela.

Caleb's Net worth as a College player

According to NCAA rules in America, college athletes are not paid. But college covers all the educational expenses for students by providing scholarships. But in recent times, it was announced that college athletes can earn from sponsorships and endorsement deals.

In the case of Mills Caleb, there are no brands offering him the deals as of 2021. We went through his account, he has never mentioned his sponsor's deals. So, because of having no financial background backing the player, his net worth is still under review.

Caleb went to Asheville Christian Academy situated in Swannanoa, North Carolina and played basketball during his junior year. For his senior year, he transferred to T.C. Roberson High School. In order to finish his semester early, he did not play basketball there. 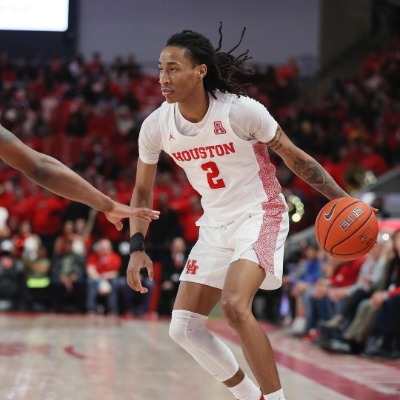 For college, he committed to Houston despite offers coming from Clemson, Florida State, Tennessee, Wake Forest and Georgia Tech.

Who is Caleb dating?

Caleb Mills is just 21 years old and early on in his career. He must be focusing on his career rather than being in committed relations. Or it might be that, he likes his love life behind the camera.

To explore who Florida State Seminoles point guard is dating, we extracted his Instagram profile. He has never shared photos with any girl. It may be that he is living a single and happy life.

Caleb Mills is also active in social media like Instagram with the username @millinakhiswhich currently has more than 4,000 followers.