Caitlin Thielen is the stunning wife of famous NFL player Adam Thielen. Moreover, she is a lifestyle blogger. Her husband, Adam, plays as a wide receiver for the Minnesota Vikings of the National Football League (NFL). Moreover, he started his playing career at  Minnesota State University, Mankato, and signed with the Vikings as an undrafted free agent in 2013.

Caitlin and her spouse Adam shared marital vows on May 23, 2015. Reportedly, the couple is a parent of three children. Caitlin's personal life, relationship, net worth, salary, and professional life are discussed below.

Caitlin Thielen Net worth in 2022; How Much Does Her Husband Earn?

Reportedly, Caitlin is a lifestyle blogger by profession, and we have no information about how much she earns professionally as a blogger. Furthermore, she shares a massive net worth of over $10 million with her husband, Adam. 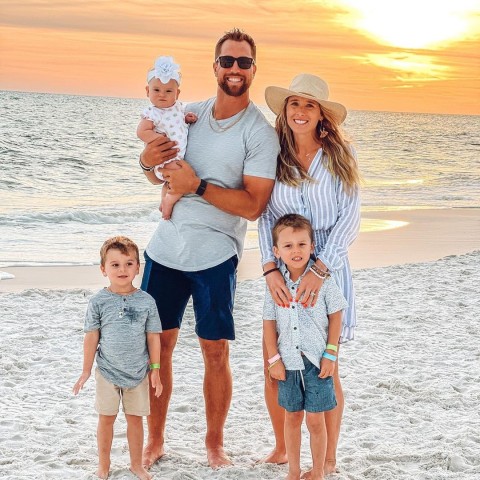 The couple owns a house in Woodbury, Minnesota. The house features a five bedroom-5 bathroom built-in 2017. The couple is spotted enjoying a vacation in some of the luxurious places, which suggests that they have collected a massive fortune, which has helped them raise their living standards.

Caitlin is married to football superstar Adam Thielen. Caitlin first met Adam through a mutual friend back in 2011. Further, the duo dated for two years before they finally decided to tie a knot on May 23, 2015. 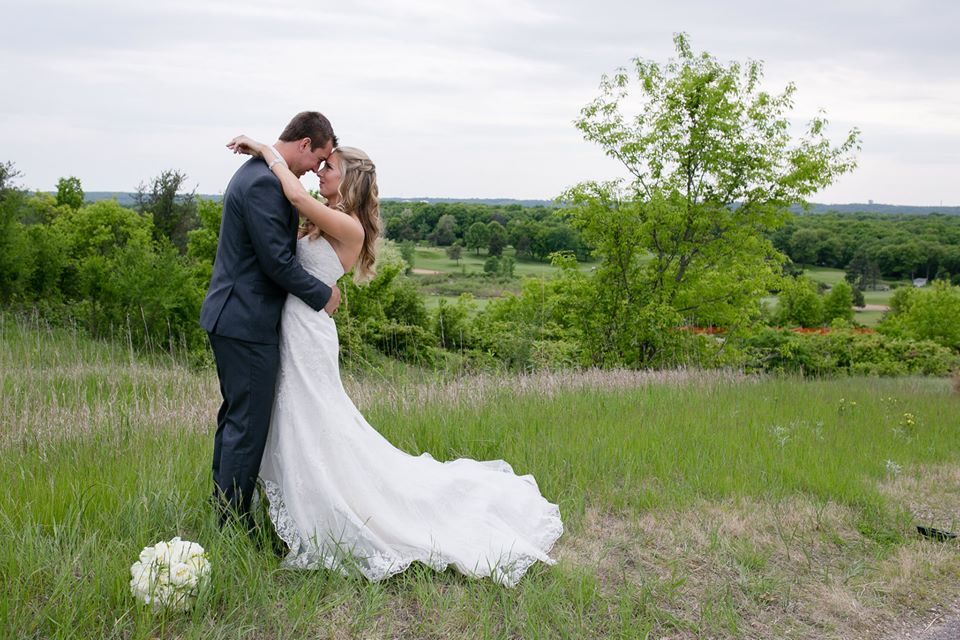 Caitlin Thielen and her husband on their wedding day SOURCE: Caitlin's Blog

Caitlin played Division 1 soccer at Iowa State University during her college and her friend, who played soccer at Mankato, where Adam was a football star, suggested to her about Adam.

You can check Caitlin's blog to know more about how they started their relationship. The couple started dating probably in 2012. The couple's wedding ceremony was held luxuriously in the presence of their friends and family. However, the media is still unknown about the venue of their wedding. 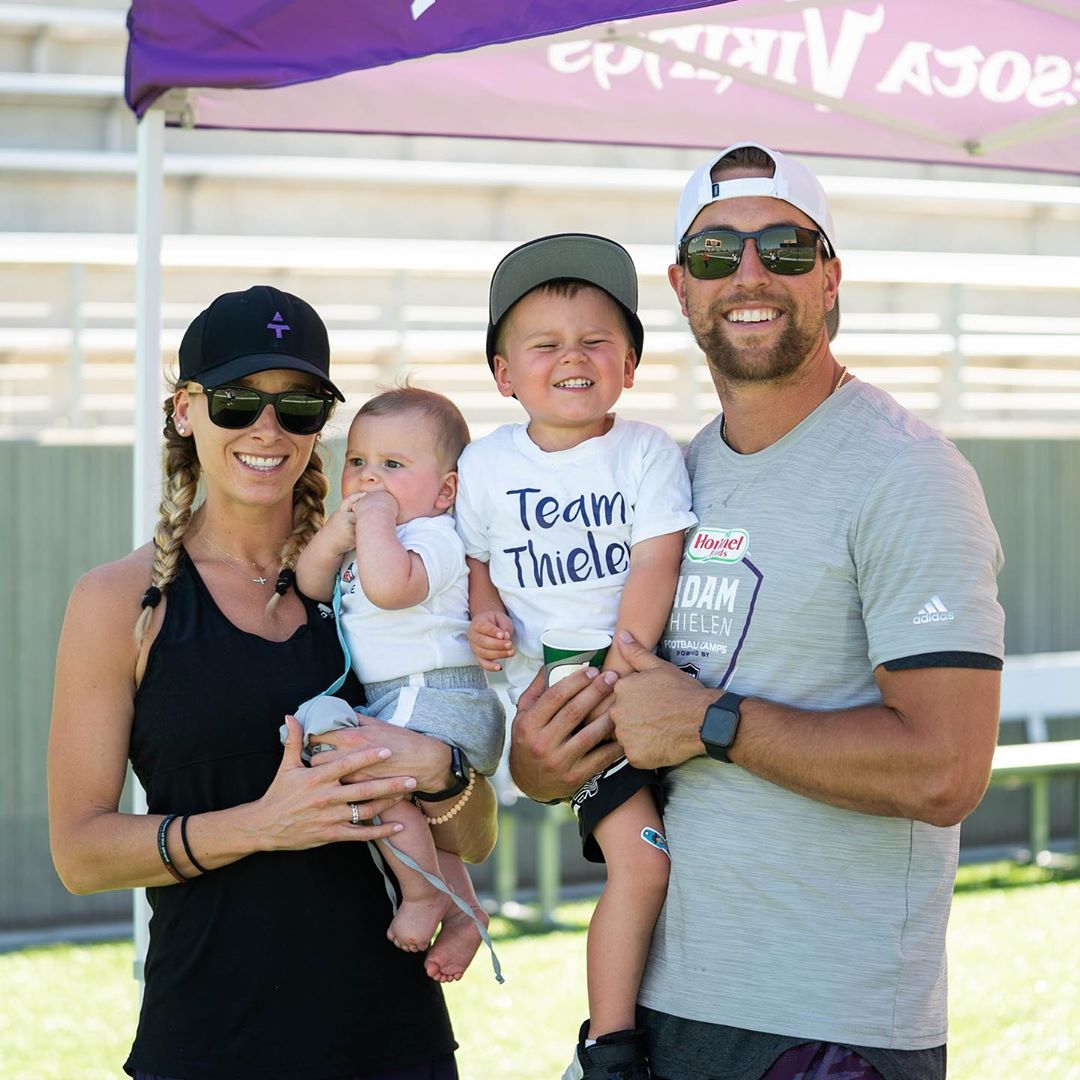 Moreover, the couple is a parent of two sons and a daughter. Their elder son Asher John Thielen was born on October 11, 2016, and their younger son Hudson James Thielen was born in January 2019. The family of our extended to five in June 2021 with the birth of Cora Jean Thielen.

Exploring their social account, the couple seems happy with the relationship as they are regularly spotted spending their free time together. Additionally, Caitlin regularly attends Adam's game to cheer him up.

Who is Caitlin Thielen? Early Life, Bio, Family, and Childhood

Caitlin was born on September 27, 1991, in Appleton, Minnesota. Additionally, she was born to Jim and Brenda Graboski. Additionally, she grew up with her two brothers, Ryan and Brent. She holds an American nationality and belongs to the white ethnic group as per her racial background.

Talking about her education, she is a graduate of Woodbury High School, and later she attended Iowa State and subsequently transferred to  Minnesota State. Furthermore, she was also an avid athlete in her college days. She is a former midfielder for the Minnesota Mavericks, studying communications disorders and speech pathology.

Well, Caitlin is a Lifestyle Blogger, and apart from the mentioned information, there aren't any further details about her professional career. However, she is famous for being the wife of footballing superstar Adam Thielen.

Additionally, Adam currently plays for the Minnesota Vikings of the National Football League (NFL). Moreover, he started his playing career at  Minnesota State University, Mankato, and signed with the Vikings as an undrafted free agent in 2013. Thielen holds several NFL records, including eight straight games receiving over 100 + yards and 74 receptions in a season's first half.