Berkeley, California native, C.J. Anderson was born on 10th February 1991, under the star sign Aquarius. The twenty-nine years old holds an American nationality and belongs to the Afro-American ethnic background.

Currently, he is working as a volunteer assistant at the University of California, where his salary is estimated no less than the five-digit figure per annum.

C.J. Anderson shares a daughter with his girlfriend, Raquel Torres. Raquel has been by Anderson’s side for a very long time. The couple has been dating since their high school days. 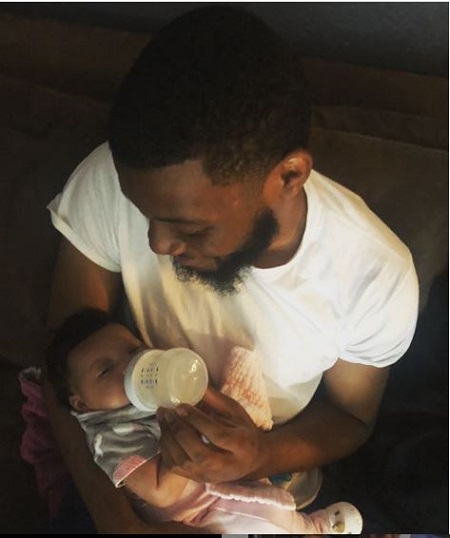 Raquel Torres, a Vallejo, California native is also a star basketball player. She was born on March 14, 1994, to Marah and Ramon Torres and grew up and alongside her older brother named Raymond. After Torres graduated from Bethel in 2012 she attended City College of San Francisco and then transferred to MSU.

Anderson is the son of Neva and Barbara Gaddies. He graduated from Jesse M. Bethel High School where he played high school football for the Jaguars leading the team to four consecutive playoff appearances. Further, he attended Laney College, where he received All-State All-American honors. After that, he joined the University of California.

On 17th March 2017, Anderson was signed by the Denver Broncos as an undrafted free agent. On 27th October 2013, he made his NFL debut in the 45-21 win over the Washington Redskins, running for 22 yards on four carries. With the team, he made one Pro Bowl and won Super Bowl 50. After five seasons, he was released by the Broncos on 16th April 2018.

On 18th December 2018, Anderson signed to the Los Angeles Rams. With the team, he played in Super Bowl LIII. On 1st April 2019, Anderson moved to the Detroit Lions. On 18th September 2020, he retired from professional football.

Upon retirement, Anderson joined the coaching staff at his alma mater California as a volunteer coach.