Darryl Frank Skrine Jr. a.k.a. Buster Skrine is an American football cornerback for the Chicago Bears of the National Football League (NFL). In the 2011 NFL Draft, he was drafted by the Cleveland Browns. More, he finished college career playing for the University of Tennessee at Chattanooga.

Skrine has an estimated net worth of $10 million in 2019. He is rumored to be dating his girlfriend.

Buster Skrine Net Worth and Salary

As of 2019, Buster Skrine has an estimated net worth over $10 million.

Though he is one of the popular names in the world of football, he remains silent about his girlfriend and affairs. His admirers have countless queries regarding his personal life. Probably he is single and it seems like he is enjoying the single life. Surely, he is not married.

However, some sites claim he is dating. Though there is no information about his rumored girlfriend we have found one photograph with his loved one. 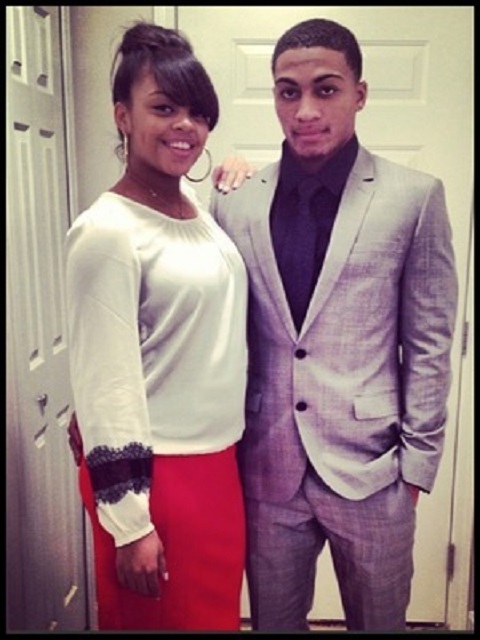 His grandmother gave him the nickname “Buster”.

Buster Skrine was born as Darryl Frank Skrine Jr. on April 26, 1989, and this makes his age 29 years at this moment. He carries an American nationality and is of Afro-American ethnicity.

Buster Skrine went to Etowah High School in Woodstock, Virginia. He played remarkably well during his high school years. As a junior, he was honored with Most Valuable Player of the year. He recorded 61 tackles and two interceptions. He was not only limited to football.

He also excelled in track and field throughout his high school years. In 2007, he managed to win County Championship in the triple jump and finished second in the long jump.

Later on, he attended the University of Tennessee at Chattanooga and played football for his college team.

His professional career embraced many uncountable achievements that left behind his college scores. His NFL career got started with Cleveland Browns with whom he played for 3 seasons. On March 10, 2015, he agreed to a five-year contract with the New York Jets.

He is not undergoing any injury at this moment.

On March 13, 2019, Skrine signed to the Chicago Bears. Upon arrival, he joined the team alongside Mitch Trubisky, Zach Miller, and Chase Daniel.