Darrell Wallace jr. better recognized as Bubba Wallace is an American stock car racing driver who competes for full-times in the NASCAR Cup Series with the Bo.43 Chevrolet Camaro ZL1 1LE for Richard Petty Motoshops. Earlier, he competed for Joe Gibbs Racing as a development driver in the Camping World Truck Series with 54 Toyota Tundra for Kyle Busch's Motorsports.

Considered the most successful African-American drivers in the history of NASCAR, Bubba Wallace was born on 8th October 1993, under the star sign Libra. The twenty-six years old holds an American nationality and belongs to a white ethnic background.

How Much Is Bubba Wallace Net Worth In 2021?

Bubba Wallace's net worth is $3.5 million as of 2021. The significant source of his income is stock car racing, but his salary and value of assets remain unknown. Since signing for Richard Petty Motorsports, he has had a variety of main sponsors that have often changed throughout the season. Before his race at Martinsville, his primary sponsor in Atlanta for the Folds of Honor 500 was McDonald's. His other sponsors include Cocacola and Kingsford. 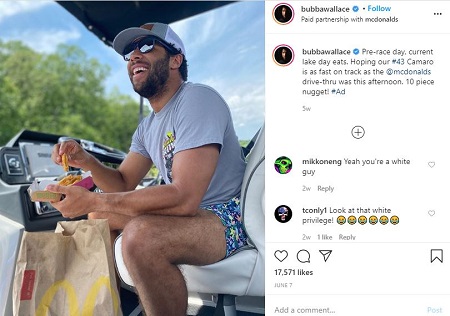 Scrolling through his Instagram page, the young driver has a lavish lifestyle. He posts extravagant pictures that he took during his lush vacations around the world.  Along with four-wheelers, Bubba is fond of two-wheelers and a proud owner of Harley-Davidson CVO Street Glide $40,899.

Bubba Wallace is in a relationship with his long-time girlfriend, Amanda Carter. His lady, Wallace, is a financial analyst at Bank of America. She is a graduate of Appalachian State University, where she is the vice-president of the Alpha Phi International Fraternity. 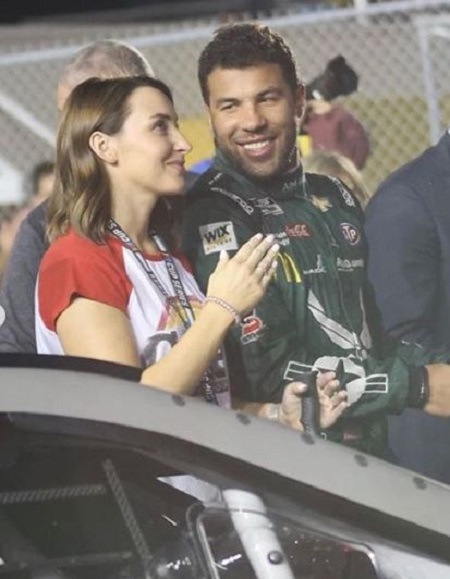 Besides, Wallace and his long-time partner, Amanda, rarely speak openly about their love affair. However, fans were given a peek in the eight-episode Facebook docu-series called Behind the Wall: Bubba Wallace. Amanda said to Behind the Wall, "A lot of our time spent at home we enjoy doing the same things playing games. We are both really competitive."

Mobile, Alabama native, Bubba Wallace was born to black mother, Desiree Wallace, a social worker who ran track at the University of Tennessee whereas, his father, Darrell Wallace Sr. is a while who is a owner of an industrial cleaning company. He was raised in the city of Concord, North Carolina, where Wallace enrolled at Northwest Cabarrus High School.

At the age of nine, Wallace began racing in the Bandolero and Legends car racing series. In 2008, he won the Franklin County Speedway, becoming the youngest driver to win the title. Later two years, he started competing in the NASCAR K&N Pro Series East.