Bryson DeChambeau is an American Professional golfer who plays on the PGA Tour. He is the fifth player in history to win both the NCAA Division I championship and the U.S. Amateur in the same year of 2015. He turned to professional play in 2016.

DeChambeau has unique clubs with all irons and wedges that are cut to exactly the same length. He also keeps his club on the same plane with his swing in order not to turn his wrists during his swings.

Bryson DeChambeau Net worth and Earnings

Aside from his career earning, he is endorsed by various brands and one of the major brands backing him up is Puma. With all his huge financial success, it is no surprise that he has a huge net worth.

Who Is Bryson DeChambeau's Girlfriend?

Bryson DeChambeau is not married to date but he is currently in a relationship with Sophia Phalen Bertolami. His girlfriend is an Instagram model and fashion designer, Sophia. The two have become the news of gossip in recent times due to the revelation of their affair.

His girlfriend Sophia is a graduate of Chapman University in 2014 with a degree in Kinesiology and Nutrition. She is now a nursing student and she studies pharmacology at Belmont University in Nashville. She has her own swimwear La Isla. La Isla creates a "large cup" bikini collection. 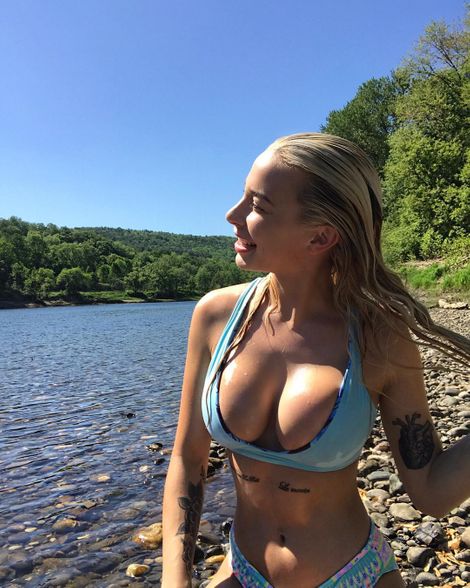 Bryson James Aldrich DeChambeau was born on September 16, 1993, in Modesto, California. He is the son of Jan DeChambeau and Jon Dechambeau. He graduated from Clovis East High School. During his time at Clovis, he won the California State Junior Championship at the age of 16 in 2010.

After graduating from high school, DeChambeau accepted a scholarship to Southern Methodist Univesity in Dallas where he majored in physics. He played gold during his time at SMU and also won the NCAA individual championship in June 2015 becoming the first SMU Mustang to win the title.

He won the U.S. Amateur title defeating Derek Bard. He became the fifth player to win both NCAA and U.S. Amateur titles in the same year following Jack Niklaus, Phil Mickelson, Tiger Woods, and Ryan Moore. He was the low amateur at the Masters in 2016 and tied for 21st place.

Bryson DeChambeau turned professional in mid-April of 2016. His pro debut came at the RBC Heritage in South Carolina where he made a fourth-place finish earning over $249,000. He qualified his way into the U.S. Open where he tied for a fifteenth place to climb to the rank of 148 in the world ranking.

DeChambeau was not able to earn enough to qualify for a PGA Tour card but was able to enter the Web.com Tour Finals. He won the DAP Championship which helped him to earn a PGA Tour Card for the 2017 PGA Tour.

Bryson DeChambeau defeated Patrick Rodgers in the John Deere Classic on July 16, 2017, which was his first PGA Tour Victory. He won his maiden title in the 40th start on tour with a round of 65 in the final round. He earned a spot in the 2018 Open Championship but missed the cut after rounds of 76-77.

Winning a sudden-death playoff against Kyle Stanley and An Byeong-hun, DeChambeau won the Memorial Tournament on June 3, 2018. On August of 2018, he won the Northern Trust for his first playoff victory. He claimed victory at the Dell Technologies Championship with a final score of -16. The win put him over 2000 points ahead of the second-place player, Dustin Johnson in the FedEx Cup Rankings. He is the top seed at the Tour Championship.