South African-born English cricketer Brydon Carse plays for Durham County Cricket Club. Also, he is an international player who represents the England Cricket team. He most prominently plays as a right-arm fast bowler, and when he bats, he is a right-handed batsman. Furthermore, Carse is also recognized as the son of a former Zimbabwean first-class cricketer James Alexander Carse.

The right-arm fast bowler, Carse, made his international debut for the England cricket team in July 2021. Likewise, the professional bowler has been a part of numerous games representing his club, Durham County Cricket Club. In his current squad, Carse signed a contract in 2016 and made his first-class debut in the same year by participating in the County Championship.

Talking about his physical appearance, Carse is a tall guy, and he stands at an amazing height of 6 feet 3 inches (1.91m). The professional cricketer was raised by his parents. His father, James Alexander Carse, is also a cricketer, while his mom's identity is missing from the web.

It is reported that one of his grandparents was from England. As we know, his dad is a former Zimbabwean first-class cricketer who played domestic cricket in England and South Africa.

As mentioned earlier, Carse has dual nationality, and he is also able to play English county cricket. He completed his England residency qualification in 2019. So, on May 29, 2020, he was named in a 55-man group of players to start training ahead of international fixtures beginning in England following the COVID-19 breakout. 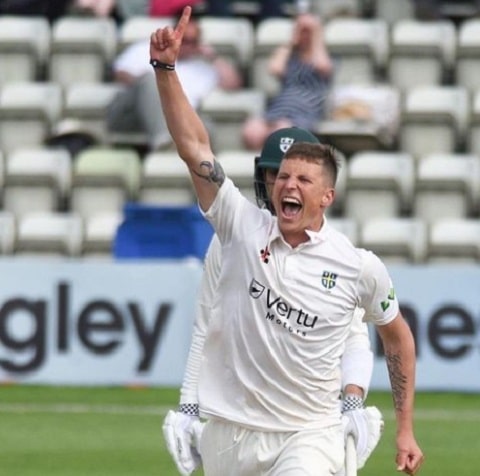 On July 9, 2020, he was also retained in England's 24-man team to start training behind closed doors for the One Day International series versus Ireland. Finally, on July 8, 2021, Carse made his ODI debut by playing in a match against Pakistan. He made headlines on July 13, 2021, when he took his maiden five-wicket haul in ODIs against Pakistan.

Short Details On His Domestic Career

Currently, Carse plays for Durham. Back in 2016, he signed a development contract with Durham. And he made his first-class debut for Durham in 2016, playing in the County Championship. In his debut season, while playing for Durham, Carse picked up 17 wickets, earning him a two-year deal by the club.

While playing, he has also suffered some injuries. Due to a knee injury, he was ruled out of the 2018 County Championship. Likewise, he was given a three-year deal by Durham in September 2018. On April 17, 2019, Carse made his List A debut, participating in the 2019 Royal London One-Day Cup. 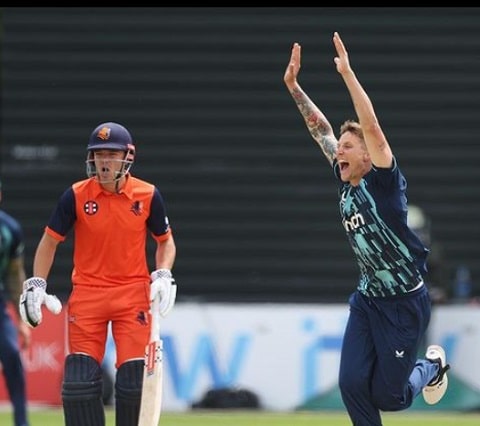 Brydon Carse in one of his games SOURCE: Instagram @brydon_carse

The Northern Superchargers bought him in April 2022 for the 2022 season of The Hundred. Furthermore, Carse is more of the skiddy type rather than a hit-the-deck.

As we know, he is not only a domestic player but also a well-known international player who has participated in various games. So, his performances have surely helped him preserve a decent fortune. Earning as a cricketer, Carse surely has a decent net worth, and it can be assumed to be around $500,000 to $1 million. Conversely, Carse may earn something from sponsorship and endorsement deals. We can see many cricketers working with multiple brands, and they have also gained massive profits. In the same way, Carse may have collaborated with some companies that might be paying him well.

Talking about his relationship status, Carse appears to be leading a single life as he has never talked about his personal or love life in the media openly. Due to his low-key nature, none of the media outlets have been able to mention much about his love affair.

Till now, Carse has not been engaged in any romantic affairs. So, we can say that he is highly focused on his career rather than getting involved in a love affair. As we know, Carse is a very private person, and he mainly prefers keeping his personal details away from people's eyes. 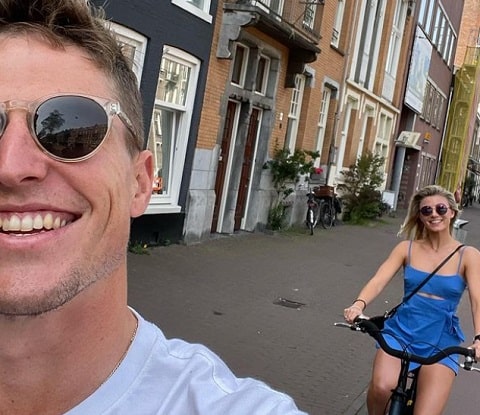 So, his low-key nature has made it more challenging to know about his girlfriend or wife. Not only that, but he is not much active on social media. From his IG handle, Carse once shared a snap with a girl named Isla Brookes, which made some of his fans get confused and think he might be dating Brookes.

However, both of them have not made any comments regarding this topic. So, we can say that Brookes is just a good friend of Carse.

Carse is registered on Instagram as @brydon_carse, and at the time of this writing, he has collected more than 2k followers. Apart from being active on IG, Carse is also an active user of Twitter.

Since March 2015, Carse has been actively using Twitter, where he gives updates on his professional life. His social media bio reveals that he is also associated with TLA Worldwide and Keeley Cricket.