Bruno Silva is a retired Uruguayan professional football right-back who has earned quite the fame for his talent. He has received the chance to represent his country, the Uruguay national football team, several times during his career. Likewise, he has also played for many clubs, including Ajax, FC Rostov, and others.

Born in 1980, Bruno Silva hails from the suburbs of Cerro Largo, Uruguay. He celebrates his birthday on the 29th of March every year, making him 41 years old. Likewise, he goes by the birth name of Bruno Ramon Silva Barone. Not much is known when it comes to his family life. As a result, the details of his parents and siblings are still under review.

Bruno Silva's career in football started in 1999 while he was with the Danubio Futbol Club in Montevideo, Uruguay. In almost a year, he had started to play for the first team of the club. He played for the club for three years and made a total of 83 appearances. In 2003, he left the team to join FC Rostov in the Russian Premier League.

But, his time with the new team didn't last long as he left after playing only four games. After that, he returned to his former team Danubio Futbol Club in 2004 and played for a season and a half. He left the team in 2005 and joined the Dutch Eredivisie club named Football Club Groningen.

His team with the club was amazing, and he impressed a lot of people. As a result, his contract was extended for two more years. After playing 67 games in three years for Groningen, he decided to leave the club. Soon, he received offers from many teams, one of which was from AFC Ajax. 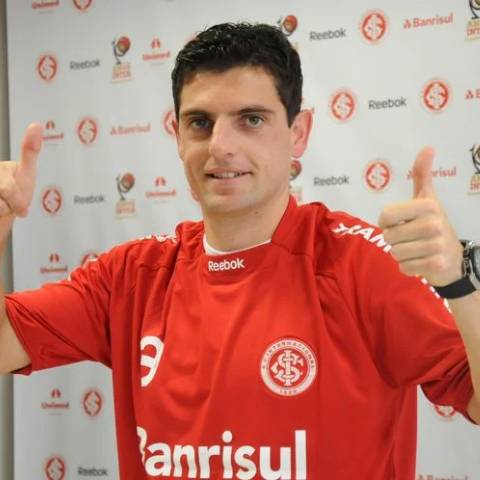 He eventually joined AFC Ajax in January 2008. Soon, he was followed by his former teammates, Rasmus Lindgren and Luis Suárez. He played for the for two seasons, until 2010. In 2010, he was sent on a one-year loan to the Brazilian club named Internacional. Bruno's time with the team was great, with him helping the club win their second South American Copa Libertadores title. After a successful season, he returned to AFC Ajax.

Sadly, his return wasn't that good as he suffered a shoulder injury during a training session. As a result, he had to undergo surgery and miss the rest of the season. To make matter worse, it was found that something went bad during the surgery process, resulting in Bruno suffering a life-threatening infection. This further sidelined his career and another season.

In 2012, his contract with Ajax expired, and he was left out of the team. After a year, it was announced that his health was good enough, and he had signed a deal with Cerro Largo. He began playing for the team and was eventually promoted to team captain. He appeared in 76 games for the club till 2017. In 2017, Bruno Silva announced that he would be officially retiring from football.

Considering that, it must be sure that he has a healthy net worth too. As per sources, it is known that the total net worth of the former footballer Bruno Silva is around $5 million – $9 million.

Not much is known about the personal life of Bruno Silva. The former football player is not available on social media platforms, making it even hard to learn about his romantic life. Furthermore, no sources tell that he was engaged in any relationships in the past. As a result, his personal life remains a mystery.