Brooke Raboutou is an American professional rock climber. She qualified for the Tokyo 2020 Olympics by finishing ninth in the combined Climbing World Championships. Nathaniel Coleman, Kyra Condie, and Colin Duffy are also rock climbing team members of the US for the 2020 Olympics.

How Much Is Brooke Raboutou's Net Worth In 2021?

Brooke Raboutou has started her climbing career at the tender age of nine. From 2015-2018, she has competed on the youth climbing circuit, earning a decent sum of money. Before taking her time off for the 2020 Olympics, she was enrolling at the University of San Diego.

There is no information on Raboutou's net worth.

Brooke Raboutou came from an athlete family. Both her parents: Didier Raboutou and Robyn Erbesfield-Raboutou, are former world champion rock climbers. Her mother won the 3X World Cup champion and her father is a five-time US champion and four-time World Cup Champion. Her brother Shawn is also a climber. 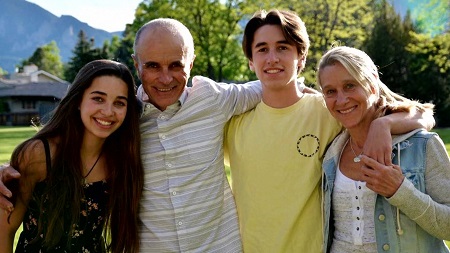 Coming to her love life, Raboutou has not spoken about her relationship or boyfriend publically. Neither any media has found her affairs, Seems like the climber prefers her personal life private, Hence, she is believed to be single.

In 2018, she enrolled at the University of San Diego but took time off in early 2020 to prepare for the since-postponed Tokyo Olympics.