Brian Windhorst is an American sportswriter who currently works for ESPN.com, covering the National Basketball Association (NBA). Earlier, he worked as the Cleveland Cavaliers beat writer for the Akron Beacon Journal and Cleveland newspaper The Plain Dealer.

Akron, Ohio native, Brian Windhorst, was born on January 29, 1978, under the star sign Aquarius. The forty-two years old is an American by nationality and is of a White Ethnic background.

How Much Is Brian Windhorst Net Worth?

A professional since 2003, Brian Windhorst has earned a decent sum of money through his sports writing career. As of 2020, he has an estimated net worth of $1 million.

Brian Windhorst is married to Maureen Ellen Fulton. The couple exchanged the vows in an outdoor ceremony at Lauritzen Gardens in Omaha in 2012. The couple shares a son, Dane. 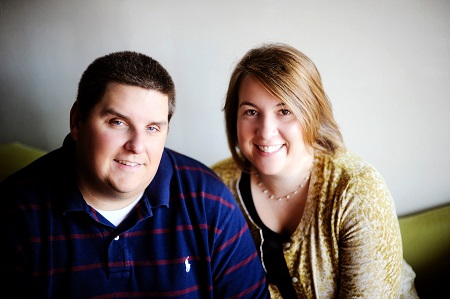 His wife, Maureen is a daughter of Mary P. Fulton and Rick L. Fulton of Omaha. She graduated from the University of Missouri and received a law degree from Ohio State. Unlike other Wags, Maureen has maintained a low key personal life.

Brian Windhorst was born to Todd E. Windhorst and Merrylou Windhorst. He enrolled at St. Vincent-St. Mary High School, the same school that Lebron James would later attend. After graduation,  he enrolled at Kent State University, earning a degree in journalism in 2000.

In 2010, he moved to the ESPN to cover James' new team Miami Heat. In an interview, Windhorst cleared that "obviously LeBron's a huge factor" to join ESPN.

After James re-signed to Cavaliers in 2014, Brian joined ESPN Cleveland on WKNR AM 850 in Cleveland as a beat reporter and analyst and host his weekly program on sister station WWGK AM 1540 on October 10, 2014,

In addition to writing for ESPN, Windhorst hosts the popular Hoop Collective podcast.