Brett Maverick Phillips better known as Brett Phillips, is an American professional baseball outfielder currently signed to the Kansas City Royals of Major League Baseball (MLB). Previously, he played for the Milwaukee Brewers in MLB and was picked by the Houston Astros in the sixth round of the 2012 Major League Baseball draft.

The twenty-five years old baseball outfielder 1.83 m and weighs around 84Kg. At present, his net worth is approximately $1 million and receives an annual salary of $134,280 Regarding his relationship status; he is married.

As of 2019, Brett Phillips has an estimated net worth around $1 million, mostly earned through his MLB career.

Besides, he earns much from his endorsement deals. Further, he is a brand ambassador for Sony and MLB The Show.

Phillips, 25, is not married but is dating his longtime girlfriend, Brianna Marie Hillman. Hillman is a daughter of former Kansas City manager Trey Hillman. 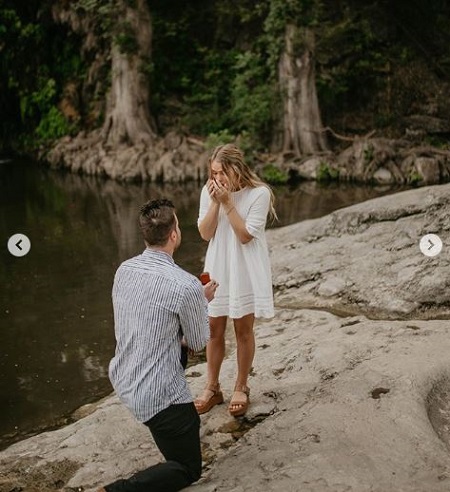 The duo met while he was playing for Houston. Phillips said, "Her aunt was my P.E. teacher in high school,” he said. “When I was with Houston, (Brianna’s) dad was the bench coach. So at the game, Bri was there with Ms. Wood and her mom to see her dad. I was there playing, and I went over to say hi to Ms. Wood, give her a hug, and she introduced me to Bri. She caught my eye, and I guess they say the rest is history.”

After dating for long, the two got engaged on 1st July 2018. 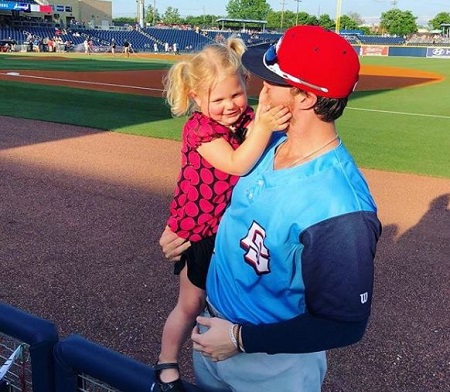 As of now, the family of three is living a blissful life. Phillips often shares his adorable pictures via Instagram, where he has 29k followers.

Brett Phillips was born on May 30, 1994, in Seminole, Florida, to Brett James Phillips. His star sign is Gemini. As per nationality, he is an American and belongs to the white ethnicity.

He enrolled Seminole High School in Seminole, Florida, where he started playing baseball.

In the 2012 MLB draft, Phillips was drafted by the Houston Astros in the sixth round. He signed with the Astros rather than play college baseball at North Carolina State University.

In 2012, Phillips made his professional debut with the Gulf Coast Astros of the Rookie-level Gulf Coast League where he hit .251 in 54 games.

On July 30, 2015, Phillips was traded to the Milwaukee Brewers alongside Domingo Santana, Josh Hader, and Adrian Houser in exchanged for Carlos Gómez and Mike Fiers. On June 5, 2017, Phillips made his MLB debut hitting .276 with four homers and 12 RBI, and set a Statcast record with a 104 miles per hour (167 km/h) throw against the Pittsburgh Pirates to put David Freese out at home plate.

On July 27, 2018, Phillips was traded to the Kansas City Royals alongside Jorge López in exchange for Mike Moustakas.

Jakob Junis and Alex Gordon are his teammates.