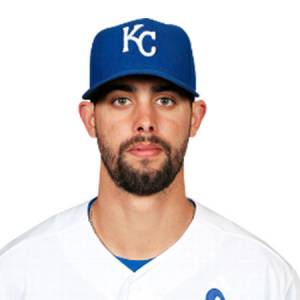 Jorge Yabiel López Ramos a.k.a. Jorge López is a Puerto Rican professional baseball pitcher currently playing for the Kansas City Royals of Major League Baseball (MLB). He previously played for the Milwaukee Brewers. He made his MLB debut in 2015.

The twenty-six years old MLB star stands 6 feet 3 inches tall and weighs around 88 Kg. At present, his net worth is approximately $1 million and has an annual salary of $562,250. Regarding his relationship status, he is married.

How Much Is Jorge Lopez Net Worth In 2019? Know His Salary and Contract

As of 2019, Jorge Lopez has an estimated net worth of $1 million, mostly earned through his MLB career.

Besides, there is no information about Lopez's other income-generating business, real estate properties, and cars.

Jorge Lopez is a married man. He tied the knot with his girlfriend, Karla, in an intimate wedding ceremony. What's more, the couple is blessed with a son named Mikael.

Unfortunately, their boy suffers from Familial Mediterranean fever since birth and is waiting for an intestinal transplant.

In 2017, they had to leave their town of Cayey due to Hurricane Maria. As of now, Lopez family has United States citizenship card.

A native of Cayey, Puerto Rico, Jorge López was born on February 10, 1993. His star sign is Aquarius. As per nationality, he is Puerto Rican.

Lopez seems to to be a private persona. He has shared less to no information about his parents and siblings. According to the source, he enrolled at by the Milwaukee Brewers in Caguas, Puerto Rico. 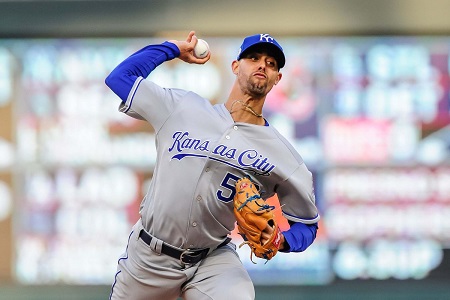 On July 27, 2018, López was traded to the Kansas City Royals along with teammate Brett Phillips for Mike Moustakas. That same year on 8th September, López flirted with a perfect game as he retired 24 consecutive Minnesota Twins batters in order over eight innings in his 7th major league start.

However, López surrendered a leadoff walk to Max Kepler and a hit to Robbie Grossman prior to walking off the mound at Target Field to a standing ovation in the ninth inning. Along with that, he became the very first pitcher in Royals history to deliver a perfect game into the ninth inning, beating Bret Saberhagen's seven-inning attempt vs. the Seattle Mariners.

His teammates include Jakob Junis, Alex Gordon, and Bubba Starling.