Brent Burns is a Canadian professional Ice-hockey player who currently plays as a defenceman for the San Jose Sharks of the National Hockey League (NHL). Additionally, Brent was first drafted by the Minnesota Wild in the 2003 NHL Entry Draft, drafted in the first round, 20th overall and played for the team until 2011.

Brent who has played in the NHL for 13 seasons is married to his wife Susan Holder. Moreover, he has collected $69,650,000 as entire career earnings for his professioanl career. Also, he holds a net worth over $30 million from his professional career.

Is Brent Burns Married? Know about his Personal Life

Yes, Brent Burns belongs to the married club and reportedly, he is married to his beautiful wife, Susan Holder. Additionally, the couple exchanged their marital vows in July 2009 after dating for quite a long time. Moreover, the duo has been dating since their young age and reported to be a high school sweetheart. 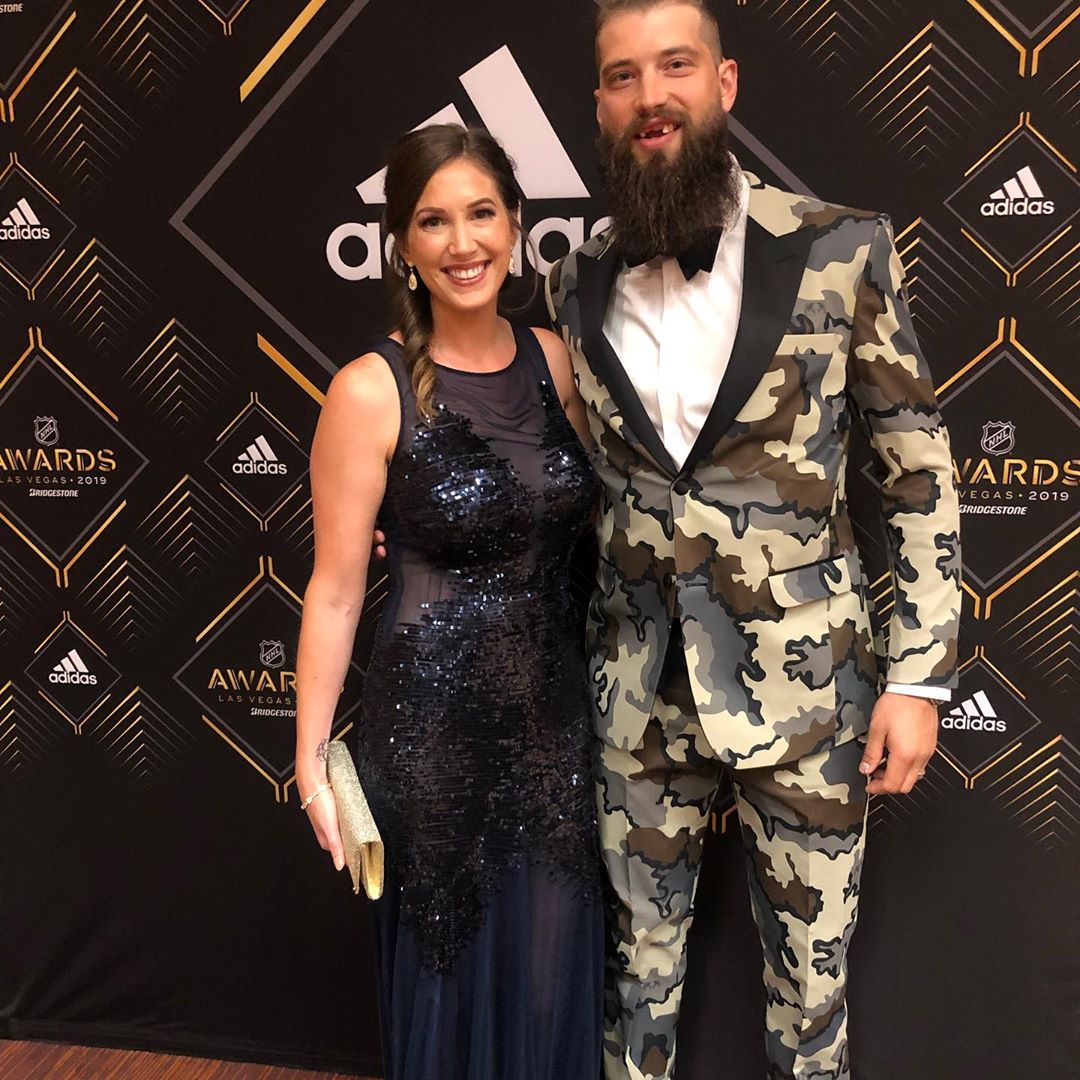 However, the details about their wedding are not in the media and also the information about how and when they started their relationship are still behind the bars. Also, the couple is blessed with three children, a daughter named Peyton Gabriann born on March 31, 2010, and a son named Jagger Stephen Patrick born on June 23, 2011, and a daughter, named Olivia born on December 2018. 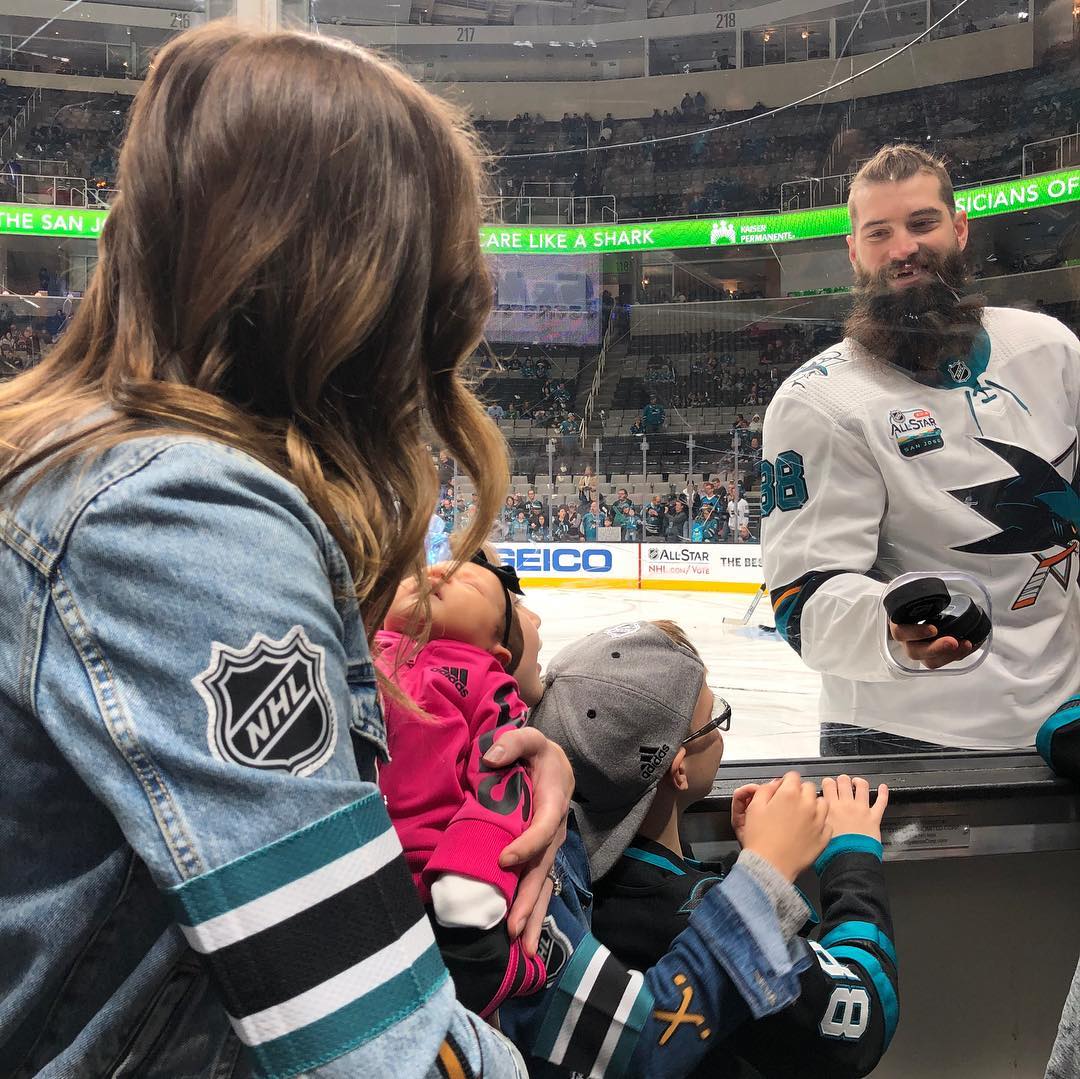 Further, exploring his social account, he seems to be satisfied with his marital life as he often posts a picture along with his family, smiling and enjoying free time together. Moreover, his wife and children often go to cheer him up in his games which suggests that they enjoy seeing their main man performing in the Rink.

Who is Susan Holder? Let's find more about her

Susan who is a stunning NHL WAGS and a lovely wife of Brent Burns. Additionally, Brent stud was born on  March 5, 1985, in Barrie, Ontario. Additionally, Susan attended Sam Houston State University and eventually graduated from the same university. Reportedly, she was the employee of eBay.

Brent Burns Earnings; How much is his Net Worth?

Brent who has been playing NHL since his early childhood is reported to have a massive net worth over $30 million form his professional career. Additionally, he has gathered $69,650,000 as entire career earnings. Also, he earns $8,000,000 as an average annual salary where are Logan Couture is among the highest earner of the team with an annual salary of $8,000,000.

Some of his career contract and earns are tabulated below:

Apart from cash earnings, he is the owner of some of the expensive cars and bikes of recent time. Particularly he seems to have a special attachment with bikes as he has memories of his dad driving him to the rink when he was a kid. 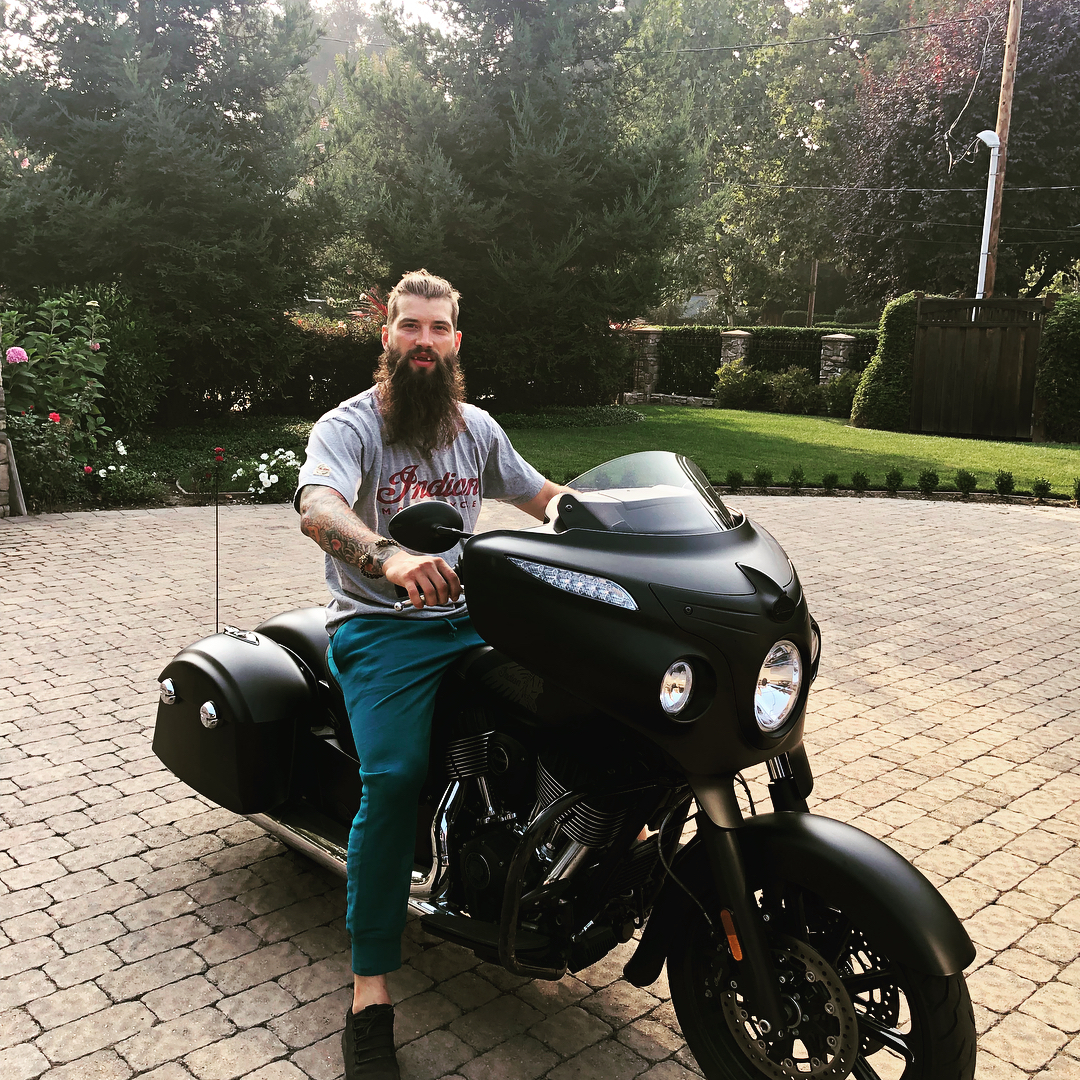 Also, he is the owner of Indian Motorcycle and flaunted his bike in his Instagram account with the caption of " Many memories of my dad driving me to the rink as a kid on his motorcycle... always fun to think back about those times and heading to the place I loved... the arena! No license so no driving yet but fun to wash it and sit on it with my buddy now!."

Moreover, the famous sporting celebrity seems to be enjoying his life in a luxurious way, spending extravagantly which suggests that he has collected a massive fortune from his professional career.

Brent was born on March 9, 1985, in Barrie, Ontario, Canada to Robert Burns but the information about his mother is still behind the rock. Also, he is a Canadain native by birth and belongs to the white ethnic group. Also, he was born under the star sign Pisces and grew along with his siblings, Kori and Brad.

Talking about his early career, he spent most of his early days playing for the Barrie Icemen and Ajax Knights of the Ontario Minor Hockey Association (OMHA). Later, he also played the Ontario Hockey League (OHL) for the team Brampton Battalion in the 2002–03 season.

As of 2019, Brent is currently playing for the San Jose Sharks of the National Hockey League (NHL) as a defenceman. Additionally, Brent was first drafted by the Minnesota Wild in the 2003 NHL Entry Draft, drafted in the first round, 20th overall and played for the team until 2011.

Currently, he is playing under the captain Joe Pavelski along with his star teammates such as Tomas Hertl, Dalton Prout and many more.