American native Brenden Aaronson is a professional soccer player who plays for Premier League club Leeds United and the United States national team. He is one of the most loved footballers in his nation, and fans gave him the nickname "Medford Messi."

Since joining Leeds United on July 1, 2022, Aaronson has been playing for the respective team and has represented them in many games. Furthermore, Aaronson is not only successful in his professional career but also in his personal life, as he is in a relationship with his girlfriend, Milana.

Brenden Aaronson Is Dating His Girlfriend

The footballer, Aaronson, is currently in a relationship with his girlfriend, Milana Dambra. It is reported that they are in a long-distance relationship. But we can see their cute images on their social media accounts, including Instagram. 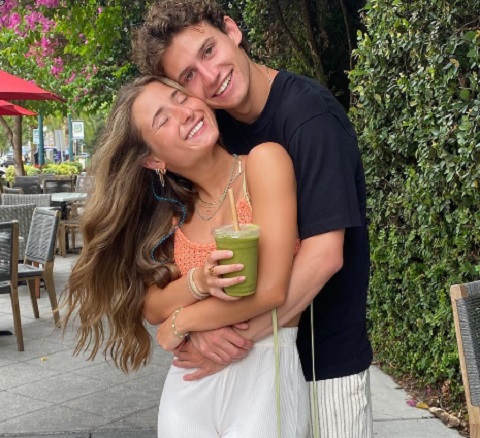 It is unknown when they began dating, but on September 16, 2020, the lovebirds celebrated their two-year anniversary. So, from that, it can be said that Aaronson and Dambra have been cherishing their life for over three years.

Moreover, the pair's love life is going pretty well, and Aaronson often posts cute snaps with his girlfriend on Instagram, where he is verified as @baaronson7.

Aaronson signed with Leeds United, and when he joined the team on July 1, 2022, he received a massive transfer fee worth €32.84m. From this, it becomes clear that Aaronson is making a good profit, and his salary may be pretty impressive.

When he played for RB Salzburg in the past, Aaronson's deal with the respective team was €12.70m. So, it can be said that Aaronson is making a good profit from his football profession, and his income will surely rise in the future. 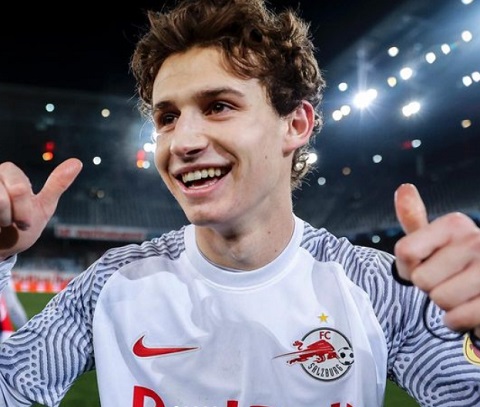 For the 2019-20 season, Aaronson came back to Philadelphia Union and appeared in 51 professional games scoring seven goals. After that, Aaronson moved to Red Bull Salzburg and played with them in 46 games, and he also netted nine goals for the respective team. Brenden Aaronson with his teammates after winning a game  SOURCE: Instagram @baaronson7

And since July 1, 2022, Aaronson has been playing for Leeds United. Regarding his international career, Aaronson made his full debut for the senior team of the US in 2020 while playing a game against Costa Rica. As we know, the United Nations is also playing in the FIFA World Cup 2022, and Aaronson is also listed in the squad.

Brenden Russell Aaronson was born to his parents, Rusty Aaronson (father) and Janell Aaronson (mother), on October 22, 2000. His parents raised him in Medford, New Jersey, United States. Furthermore, Aaronson holds an American nationality, and his height is 5 feet 10 inches.

Talking about his family background, Aaronson is not only the child of his parents as he also has two siblings. One of his brothers, Paxten Aaronson, is an American professional soccer player playing for the Philadelphia Union of Major League Soccer.