Brendan is not married yet and his current relationship status is single.

As a Right Wing, Brendan Adam Mathew Gallagher reportedly earns around $3,750,000 as his yearly salary from Montreal Canadiens. Further, he has an estimated net worth of over $10 million.

How Much Brendan Gallagher's Earned Until 2019?

Despite the financial earnings, Brendan also has some valuable assets which include several expensive cars and house. 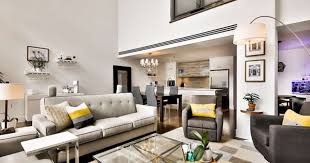 Is Brendan Gallagher Married or Single?

Brendan Gallagher is not yet married and currently, there aren't any detailed information suggesting he is dating someone. In addition to this, Gallagher hasn't shared much about his personal life on the media and also he keeps his love affair hidden from the general public.

As going on exploring his official social accounts, no single information is available about his probable spouse/girlfriend since he hasn't given a single hint on that. Besides, no solid pieces of evidence are disclosed by the news portals and other sites regarding his sexual orientation.

Brendan is quite active on his official social accounts with a huge number of followers. He has 238 thousand followers on his Instagram accounts whereas 279 thousand don his Twitter account.

The Famous NHL star is 5 feet 9 inch in height and weighs around 82 kilograms. Brendan Adam Mathew Gallagher is not only a world-class athlete but also has a very attractive individual.

Brendan Adam Mathew Gallagher was born on May 6, 1992, in Edmonton, Canada to parents Ian Gallagher and Della Gallagher. Brendan has a caring and supportive family since his father was also an ice hockey player.

Cheers gramps  this day will always be yours

As per his nationality, he is Canadian and belongs to the White ethnic group and his star sign is Taur us. He grew up along with his brother Nolan Gallagher, and sisters Breanne Gallagher and Erin Gallagher.

Brendan began his NHL journey after ending his college career in 2010 and was drafted in the same year in the 2010 NHL Entry Draft by the Montreal Canadiens. In the beginning, he played for the Montreal's affiliate for the American Hockey League called Hamilton Bulldogs.

Later on, after starting NHL career, his 1st goal was against New Jersey Devils Martin Brodeur in 2013. After that, he was signed for over six years and signed the contract with the Canadiens on November 29, 2014.

In addition to this, he also became the alternate captain along with P.K. Subban and two other players. Besides, he got injured during his 2015 season while he was blocking Islanders defender Johhny Boychuk shot.