Brandon Boston Jr. simply known as BJ Boston is an American college basketball player who is currently playing for the Kentucky Wildcats of the University of Kentucky in the Southeastern Conference (SEC). The shooting guard was a consensus five-star recruit in the 2020 class. He finished his high school career playing for the Sierra Canyon School in Chatsworth, California.

Norcross, Georgia native, Brandon Boston was born on 28th November 2001, under the star sign Sagittarius. The teen athlete holds an American nationality and is of Afro-American ethnic background. Regarding his physique, he stands 6 ft 7 in (2.01 m) and weighs 185 lb (84 kg).

Does Brandon Boston Get Paid From College Team?

No, the college athlete do not get a salary (fixed or hourly), playing for the college team. Excellent Students are offered scholarships but not paid beyond that scholarship. On average, the NCAA awards 13 men’s basketball scholarships a year, for $38,246 per scholarship. Further, the best kids get drafted and get a signing bonus.

Thus, Boston is yet to turn professional and pull money out of his career. As of 2020, his net worth is under review.

Intially, Boston enrolled at Norcross High School. Later, he transferred to Sierra Canyon School in Los Angeles where he played for the school basketball team. As a senior, he averages 18.4 points and 5.4 rebounds per game.
What's more, Boston was named to play in the 2020 McDonald's All-American Boys Game and in the 2020 Jordan Brand Classic.

Boston was rated 5 by Rival, 6 by 247Sports, and 7 by ESPN. He committed to play for the University of Kentucky. On 25th November 2020, he made his college debut where he posted 13 points and seven rebounds in an 81-45 win over Morehead State.

BJ's parents are Alissa and Brandon Boston Sr, an entrepreneur who is the C.E.O of Boston Family Enterprise, LLC. He has three sisters, Daija Berry and Aysia and Brandi Boston.

Regarding his academic background, he is pursuing a degree in business management. When he's not playing basketball. the hunk loves spending time with his family. His favorite food is barbeque wings, favorite movie is He Got Game. Besides, he enjoys drawing pictures.

Further, the intresting facts is he eats candy before games. His favorite former Kentucky player is Shai Gilgeous-Alexander.

Reportadely, No. 3 – Kentucky Wildcats' shooting guard is currently dating a gairl named, Nikki. Brandon showed up in live with her on Nikki's IG live. 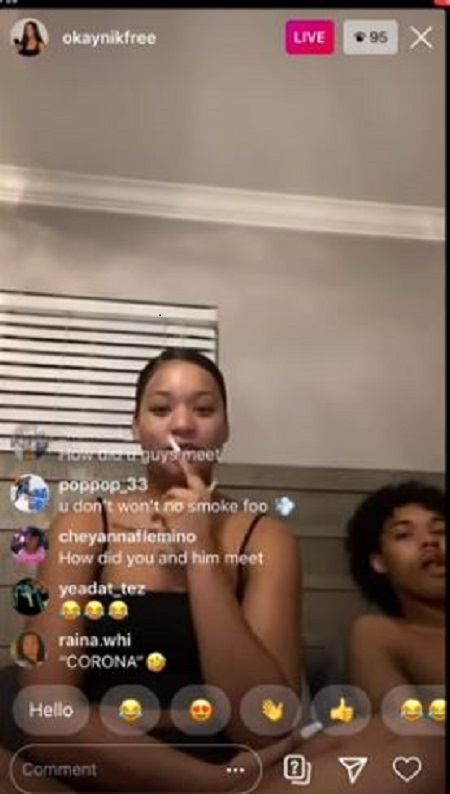 These are the only infromation available regarding their love life. Nowadays, Nikki is nowhere to be found on Ig. She has deleted her IG. Further, Brandon has not shared any pictures with Nikki on his IG.