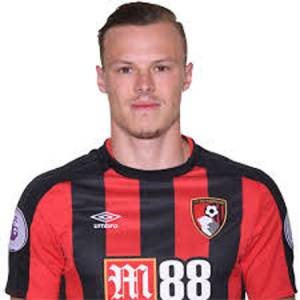 Brad Smith is an Australian international footballer who currently plays as a left back or left winger for Premier League side, Bournemouth and National Team of Australia. The 24-years old footballer has previously played for Liverpool and Swindon Town. SEM Group plc is the agent of Brad Smith.

Smith made his professional debut in 2013. He also has played at youth levels for England but later switched to play for Australia.

Brad Smith was born on April 9, 1994, in Penrith, Australia as Bradley Shaun Smith. He grew up with his brother, Matty. Reviewing his nationality, Smith is an Australian and is of white ethnicity. At his early age, he joined the youth academy of Liverpool in England.

With an enviable performance in such a short of time, Smith has done incredibly well for himself. Though his net worth could fall between $1 million and $2 million in 2018. Maximum of his net worth is built through his professional career in football.

At the age of 14, Brad Smith moved to England and was discovered by Liverpool while he was playing for his high school side.

During his youth career, Brad Smith played for Liverpool U-18 ad U-23. In 2013, he made his senior debut replacing Joe Allen against Chelsea at Stamford Bridge. Later, he was deployed as a left winger and scored his first goal for the team against Exeter City in his first FA Cup. Before leaving the club, he played 5 games.

Smith had a loan spell at Swindon Town for 2014 seasons where he managed 7 appearances before ending his loan-contract.

He then made his Premier League debut against Arsenal on November 27, 2016. He has so far played 5 matches for the club. He was awarded Liverpool Academy Player of the Year in 2015-016.

An Australian born Brad Smith was eligible to play for England as his parent is English. He has represented England team in U-17, U-19, and U-21 as well.

In 2015, Smith played 8 games for Australia U-23 scoring 1 goal. On September 4, 2014, he earned his first international cap with the coach, Ange Postecoglou in a 0-2 loss to Belgium. He has been capped 19 times for his national team.

Smith, along with Mitchell Langerak, Eugene Galekovic and, Ryan McGowan, was called up to the national team within the last 12 months.

Smith is currently engaged to his fiance, Jenny Sellick. The couple dated for several years before getting engaged in June 2014. On January 5, 2018, the couple revealed that they are expecting their first child via Instagram.

?? We are both over the moon to announce that we are expecting our first child together. Baby Smith due July 2018 ??

So far, they haven't revealed when they began their relationship.

Smith stands at 5 feet 7 inches and weight is about 70 kg.