James Bradley Millsknown known as Brad Mills is a former manager of the Houston Astros and a former Major League Baseball (MLB) player. He has also served as a coach for teams like Philadelphia Phillies, Montreal Expos, Boston Red Sox and currently, is a manager of Cleveland Indians.

Mills was born on January 19, 1957, in Exeter, California. He completed his higher education from Exeter High School in California where he played baseball and after graduating from the University of Arizona, he made his career debut in MLB where he was drafted in the 17th round by the Montreal Expos.

The Infielder has earned a good amount of wealth and fame through an ongoing career in baseball. He has an estimated net worth of around $8 million as per 2020. He has earned $500,000 through his playing career, while he used to be the infielder for Montreal Expos in 1980. 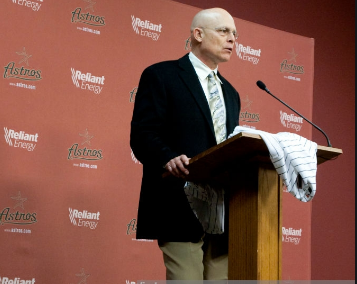 He resigned from Montreal in 2004 and that same year he was recruited by the Boston Red Sox and during those days Brad used to have $500,000 as an annual salary.

After leaving Boston, he begins his career as manager from Houston Astros in 2010 where he gained $1 million as a signing amount which includes $200,000 as a bonus and at that time legendary manager of MLB like Bruce Bochy, Joe Maddon, Terry Francona, and Ned Yost, used to be the highest-earning managers.

Tied In A Knot With Longtime Girlfriend Ronda Mills

After retirement from his playing career, he married his childhood friend and long-time girlfriend, Ronda Mills. Ronda and Brad belong from the same town Exeter, California and Brad's family used to know Ronda's family from the beginning. 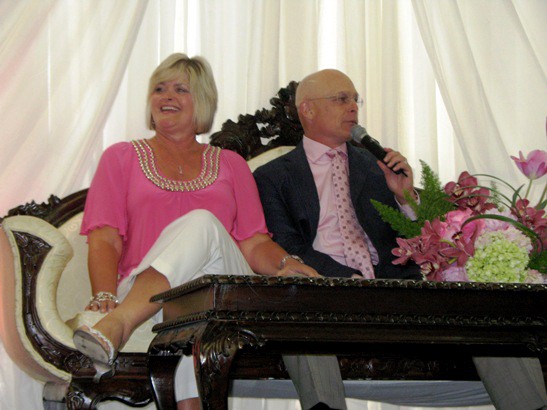 Though they used knew each other since childhood but they started dating each other in around 1973 and at the time Brad used to play in Major League. They married in 1980 just after Brad took retirement and initiated his career as a coach.

The couple has three children, son Beau and daughters Rochelle Cathleen and Taylor Candice. To this day, they are together and are having a wonderful life with their three children.

Brad Mills' son Beau Mills is a former MLB player. He was selected by the Cleveland Indians in the first round (No. 13 overall) of the 2007 First-Year Player Draft out of Lewis-Clark State College.

The corner Infielder has made his father proud when in just one season he won the title game of the 2007 Avista NAIA World Series, the Visalia, Calif. native belted three home runs to break the NAIA single-season home run record with 38 and his third home run of the game, a grand slam, and his records standstill today.

Currently, Brad and his son are operating, Raises and Co-owns a group of bucking bulls.

On October 27, 2009, he was hired as a manager of the Houston Astros and after his recruitment, Huston fired their former interim manager Dave Clark. Brad was not succeeded in securing wins for the team, in his first year Huston was out from the league without winning several matches and in his second year, the team faced 100+ losses.

In 2012 he was a third base coach for the Cleveland Indians when the existing coach Terry Francona dealt with a health issue.