Joe Maddon is an American professional baseball manager and a former player who played in the minor league as a catcher. Currently, he manages the Chicago Cubs of Major League Baseball. He started his coaching career in 1993 and worked under managers Buck Rodgers, Marcel Lachemann, John McNamara, Mike Scioscia, and Terry Collins.

He joined Chicago Cubs in 2015 and also helped the team to reach the finals of the 2015 National League Championship Series. He was also named the National League Manager of the Year that year.

Joe Maddon has opened a restaurant named Ava in South Tampa. He owns a Home in Tampa which he bought for $1.76 million. Joe Maddon and Jaye are dog lovers. They have two English bulldogs: Winston and Clementine. His wife Jaye is a philanthropist. She has raised funds for several charitable institutes.

Joe Maddon is sponsored by gold bond cooling talcum and has several endorsement deals in addition, through which he makes some earning.

His salary was increased by his club to $6 million after helping the team to win the World Series in 2016. He previously used to earn $5 million annually. his current net worth is estimated to be around $12 million.

Joe Maddon is happily married to his longtime girlfriend Jaye Sousources. They got married in 2008. He met Jaye for the first time in 1995 at the Rossmoor Athletic Club in Seal Beach California, where she worked as an accountant. 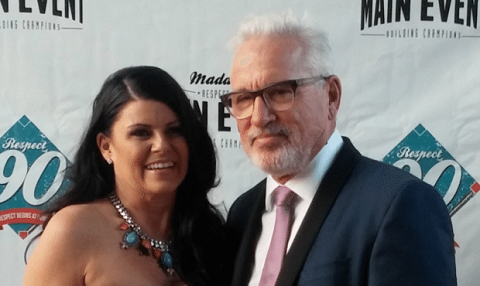 Currently, they are happily living as a husband and a wife. Neither of them engaged in an extramarital affair. Previously, he was married to Betty Maddon with whom he has two children Sarah and Joe.

Joe Maddon has made a huge contribution to the world of baseball. He is widely adored for his outstanding accomplishments. He has a perfect height of 5 feet and 11 inches. He is popular on social media. One can easily see on Twitter.

Joe Maddon was born as Joseph John “Joe” Maddon Jr. on Feb 8, 1954, in West Hazleton, Pennsylvania. His father Joseph Anthony Maddon worked as a plumber who passed away in 2002. He along with his 4 brothers also worked with their father in his C. Maddon & Sons Plumbing and Heating.

One of his elder brother Joseph John was a top high school quarterback, a professional baseball catcher. He also managed several teams in his career. His mother's name is Albina Maddon.

He is an American by nationality. His ethnicity is white with Aquarius as a star sign.

Early Years Joe Maddon went to Lafayette College where he played baseball and football. He completed his graduation in 1976. He is also a member of Zeta Psi fraternity. On Sep 2, 2010, he bagged an Honorary Doctorate of Letters from Lafayette College. As a catcher, he also played in Minor League baseball. He played four seasons with California Angels.

Joe Maddon worked as two stints as interim manager during this time. Prior to Tampa Bay Rays, he worked as a coach of Los Angeles Angels of Anaheim. He worked there for several years. As a team manager, he worked with Tampa Bay Rays from 2006 to 2014. It provided him a perfect platform to his professional career. 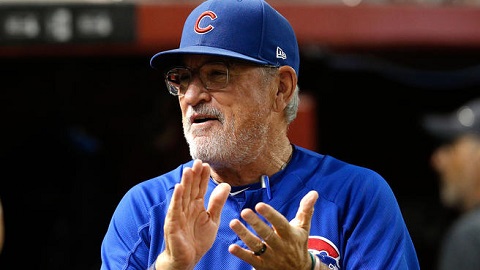 In 2014, he agreed to a 5-year contract with Chicago Cubs. His managed team Cubs won their first World Series title against the Cleveland Indians. Numerous awards and rewards have honored him for his professional accomplishments. In 2015, he was honored by National League Manager of the Year and helping his team take to the finals of the 2015 National League Championship Series.