Bruce Douglas Bochy who is famously known as Bruce Bochy, is an American former professional baseball player, coach, and manager. As a player, he has been with Houston Astros, New York Mets, San Diego Padres and has only spent one year as coach in San Diego Padres. His major contribution to baseball came as manager when he used to be the manager of giants MLB teams like San Diego Padres and San Francisco Giants. He recently signed a contract as the new manager of the French National Baseball team.

Bruce Bochy was born on April 16, 1955, in France where his father was stationed as major. He graduated from Melbourne High School and attended Brevard Community College where he studied for two years on a partial scholarship. He initiated his professional career after being drafted in the first round (24th overall) by the Houston Astros in the 1975 MLB draft.

Bruce is a well-known public figure in the baseball world and his estimated net worth is at around $11 million. He has played with many MLB teams like Houston Astros, New York Mets, San Diego Padres and he retired from his career in 1989. During his MLB career, he earned around $900,000 annually. 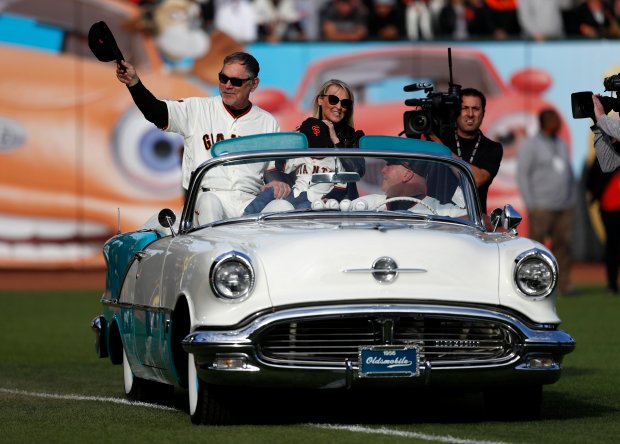 In 1995 after his retirement, he signed a year contract with San Diego Padres where he was hired as manager and his contract was worth $1.9 million. But Bruce served almost a decade for San Diego Padres and during those days his salary was $1.5-$2 million for one season.

In 2007 he became the manager of San Francisco Giants where he signed three years contract through which he gained $4.5 million and his salary was estimated at around $650,000. His contract recently ended in 2019 and used to earn $6 million as per the deal.

Recently in 2019, he signed a contract to be the manager of the French national baseball team. He reportedly earns millions in salary from the team.

Former MLB player and the famous manager is married to Kim Seib. They married in 1978 and since then they have a very wonderful marital life. The couple first met at Brevard Community College during 1975 where they were classmates.

Bruce and his wife Kim dated for around three years and got married after Bruce made his way to MLB. 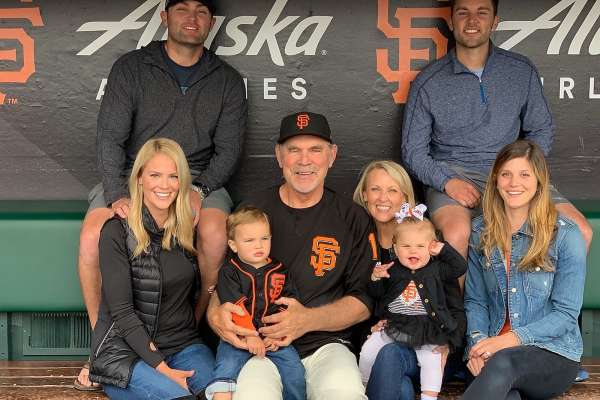 Bruce Bochy with his wife Kim and their children SOURCE: Atlanta News

Bruce and Kim have two sons, the first one is Greg Bochy who has spent several seasons playing in minor league baseball with San Diego Padres and was drafted by the San Diego Padres in the 37th round of the 1997 MLB as an amateur draft from Mount Carme School. He used to be a Third Baseman and Relief Pitcher for San Diego Padres.

Bruce's second son's name is Brett Bochy who is an American former professional baseball pitcher who used to play in Major League Baseball for the San Francisco Giants between 2014 and 2015.

Bruce became the seventh manager in MLB history to manage his own son and he is the first manager to give the ball to his son coming out of the bullpen and currently, he lives with his family in Poway, California.

Bruce is the son of Gus Bochy who used to be an American Army and her mother's name is Melrose Bochy. Bruce is the third of four children in his family. His older brother Joe was a one-time catcher in the Minnesota Twins system, and later he worked as a professional scout for the Padres and Giants. Terry Bochy is the only sister of Bruce and Joe who used to live in Melbourne, Fla nowadays.

His father was in France when Bruce was born. His father was an Army sergeant major and stationed there during those days. When they returned to the United States his father served as a Sgt. Major in the U.S. Army stationed at the Pentagon and at that time Bruce used to be young and he has spent a portion of his youth living in Bailey's Crossing in Virginia.

Bruce Bochy's father Gus Bochy died in 1990 which was a very depressive period for Bruce from then he used to recall his father's memories by relaxing each night listening to the Armed Forces Radio. He was so close to his father and it was his father who took Bruce in Senators games at Robert F. Kennedy Stadium to watch his first Major League game in Washington while he was 10 years old.

In 2014  he added up some astonishing record in his career stat when Bochy defeated the Kansas City Royals in 2014 World Series. It was a series that went the full seven games and from that victory, Bochy became the tenth manager in MLB history to win three championships and due to his accomplishment, he was inducted into the Hall of Fame in the same year.

In 2019 Bochy won one-thousand games with San Francisco Giants. He and the former manager John McGraw are the only two managers in Giants franchise history to reach in this peak of success as a manager. On August 25, 2019, Bochy managed his 4,000th career game and he is one of the eighth managers to manage 4,000 games.

And on September 18, 2019, Bochy won his 2,000th career game as a manager. He is the eleventh manager to win 2,000 games so considering this exceptional achievement he was again inducted in Hall of Fame in the same year.

Bruce Bochy has achieved so many records and he used to be a very skillful player. His records as the player are astonishing, and through his records, he was successful to establish himself as a manager and a coach.

He has also been the coach of San Diego Padres in 1993 but he was not so interested in coaching and he left his coaching career in 1994.

He started his career as a manager in 1995 and since then he became the World Series champion for three-time.

After working so hard through his career and after accomplishing tremendous achievements, on February 18, 2019, Bochy announced he would retire following the conclusion of the 2019 season.