As of 2019, Bradley Mathias Kaaya Jr. has an estimated net worth of over $1 million. Further, the NFL player has an average salary of six digit figure annually.

Bradley Mathias Kaaya Jr. so far has made earnings of $1,017,180 from his entire NFL career.

Other than being a famous NFL quarterback, Bradley Mathias Kaaya Jr. is pretty famous in social media. He has 44.1k Instagram followers and 102k Twitter followers.

Brad Kaaya hasn't revealed anything related to his personal life and dating affairs. It seems that he is currently single as there is no news of him dating anyone. Even on his Instagram pages, we can find no clue about his relationship status. He seems to be more focused on his career than having dating affairs.

Kaaya is the son of Angela, who is popular for appearing in 1995's film Friday as Felicia.

"I feel blessed. It came back around right when Brad goes off to school. A character I played is a big part of pop culture. What is that?" She's still getting royalty checks, too. Nine months ago, the West Hills resident said she said she received a check for $1.17.

Bradley Mathias Kaaya Jr. is not only a world-class athlete but also has a very attractive individual. The famous NFL star is 6 feet 4 inches in height and weighs around 97 kg.

Bradley Mathias Kaaya Jr. was born on September 3, 1995, in Los Angeles, California to parents, Brad Kaaya and Angela Means. As per his nationality, he is American and belongs to the White ethnic group. Further, his star sign is Virgo. He grew up along with his siblings, Charlie Kaaya. 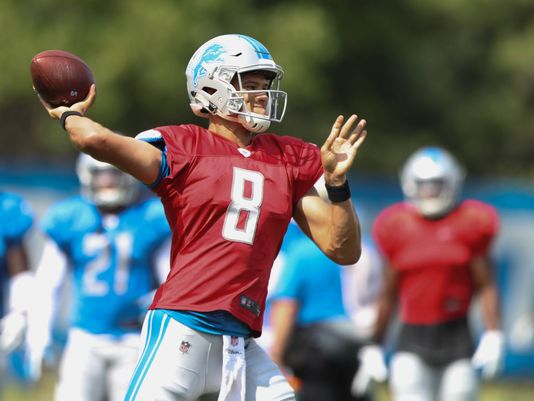 On December 27, 2017, Kaaya was signed by the Indianapolis Colts off the Lions' practice squad and was demoted by the Colts and placed on injured reserve. On February 8, 2019, he was released from the club.

Furthermore, on February 11, 2019, he was claimed off waivers by the Cincinnati Bengals.