Bones Hyland is an African American basketball player who currently plays for Denver Nuggets. Nuggets recently chose the player with the 26th pick in the 2021 NBA draft. Previously, Bones played for the VCU during his college days establishing himself as one of the best players in Richmond-based college VCU history. He was even named the Atlantic 10 Conference Player of the Year in his sophomore year at VCU Rams.

With the best strength as a guard and ability to create shot, he is considered to be one of the most promising players in this draft class of 2020-21.

Who is Bones Hyland?

Nah'Shon Lee "Bones Hyland", also known as Bones Hyland was born on September 14, 2000, in Wilmington, Delaware of USA. His mother's name is Marshay Hyland and he has never shared information about his father yet. 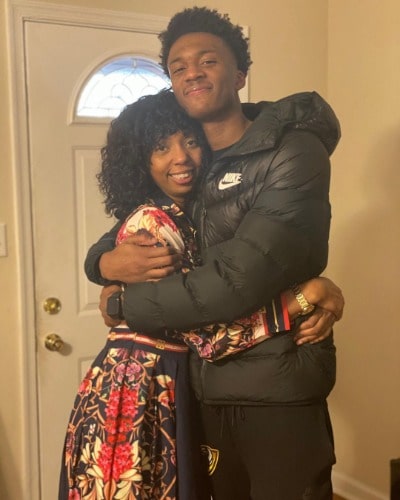 Like any other player, Hyland's older brother Tykee inspired him to play basketball. Who knows, once a child who plays basketball in the streets of Delaware will be one of the most promising players and get selected by Denver Nuggets and have a great chance of playing in the NBA in near future.

Being recently selected by the Nuggets, everyone is talking about his shooting capabilities. But some people merely know about the tragic accident he had to suffer that could have caused him to early retire from basketball, the game he loved.

One time, the 6.3 ft rookie was just watching games and face-timing with his friend, suddenly the fire broke out in his house. He quickly jumped from the house but Hyland's grandmother Fay Hyland and other two baby cousins Isaac and Maurice Williams were trapped inside. All three were rushed to the hospital but couldn't live.

He recently gave tribute to his grandmother and mother after getting selected by the Nuggets. Also, the Bones suffered from torn patellar tendon which caused him to 6-month bed rest.

Everyone doubted if he could still be the same talent as he was before, but, he came back even stronger than ever.

As, Denver Nuggets selected Bones in their draft, in 2021, just at the age of just 20. His value depends upon what number he is picked on. As he was selected in the 26th number, Denver will pay him $1.7 million as a salary for the first year. His contract at Nuggets lasts for four years.

Being early in his career, the net worth of Bones Hyland is not revealed yet.

Before, in his college days, he didn't get paid as it is against the law to pay college students. But, VCU offered him scholarships. 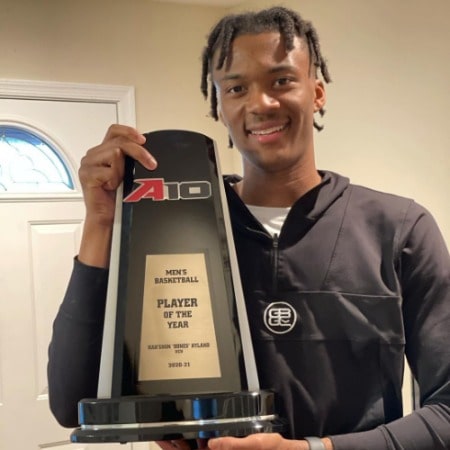 Besides, he loves cars and he has a car. Though he doesn't have a lavish lifestyle, for a person who comes from not so good economic background, he is living a good life. 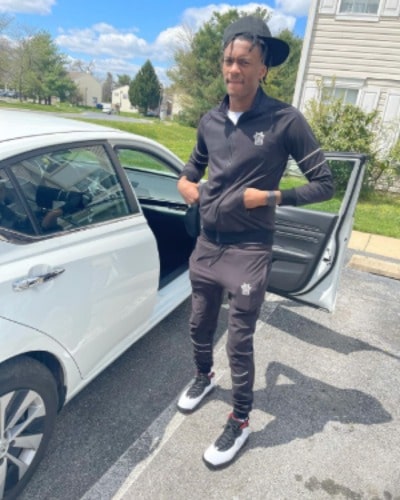 The rookie's Bones career is just starting. Being an emerging talent, there is no doubt that, the player will have more offers from brands endorsements and sponsorship deals and will be paid more in the coming days.

Is Hyland Bones in a Relationship? Lets Explore.

Nah'Shon Lee Hyland is very successful in keeping his love life away from the public. Though he is very much active in social media, he has never posted a single image with any other girls.

Since there are no photos of his relationship and affairs, we believe that he is living a single and happy life. Or, it might be that Bones prefers his love life behind the camera.

We can make sure that he is not married yet, as he is just 20 years old.

But, Nah'Shon Hyland is very close with his mother. He often shares photos of his mother to show his appreciation and love for his mother.

Multi-talented Rookie got other hobbies too

Besides basketball, the young Denver's point guard is also a professional rapper. He is a good rapper and has a song named We gon shine. The song is on youtube and has more than 40 thousand views.

He goes by the name Bizzy in his song.

In an interview, he said, "I just found a different passion and love, and it was rapping.” He added, "I started rapping because I faced the house tragedy".

Know more about him on social Media

Find more information about other athletes at PlayersWiki.