Finke who is swimming for the University of Florida does not get a salary for representing the college team in the competitions, As reported, amateur swimmers who want to compete in the NCAA can only accept a cash prize equivalent to what they spent on travel to the meet.

Came from a Swimming family, Finke's mother, Jeanne, swam for Ball State and his father, Joe, is a swim coach with Saint Petersburg Aquatics. 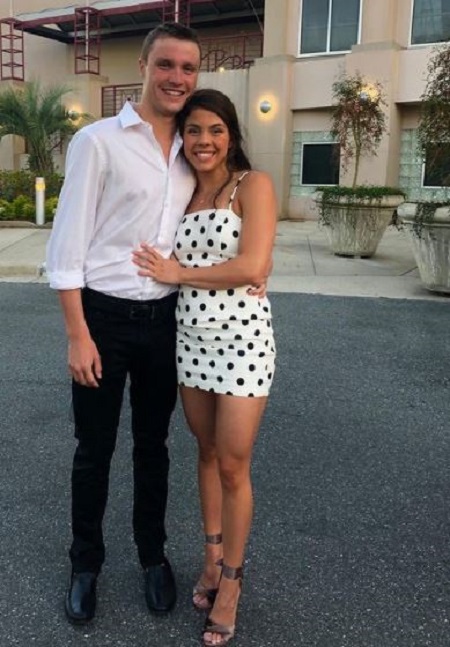 Coming to his love life, the swimmer is currently in a relationship with Ellie Zweifel. She also enrolls at the University of Florida and is a member of the swimming team. They are dating since October 2018.

Finke graduated from Countryside High School, where he was also a club swimmer for St. Petersburg Aquatics where he accomplished Team USA World Championship qualifier at FINA in 2017, second at the 2018 Phillips 66 National Championships in the 1,500-meter freestyle,  the third-fastest time at the 2018 Pan Pacific Championships, and 2X NISCA All-American and a two-time USA Swimming Scholastic All-America.

Finke has been named amongst 53 swimmers representing the US at the 2020 Tokyo Olympic Games.