Hockey Hall of Famer 2015, Robert Malcomson "Bob" McKenzie is a famous sportscaster currently hosting The TSN Hockey Bob Cast show on TSN. He is known for his appearance in the NHL on TSN and has broadcasted several major sports events.

McKenzie, reportedly earns around $500,000, as his yearly salary from the network. As of 2019, he reportedly has an estimated net worth of over $10 million. He is currently married to his spouse Cindy McKenzie and has three children including Shawn McKenzie and Mike.

Bob McKenzie Net worth and Salary in 2020

The Canadian sportscaster/anchor Robert Malcomson "Bob" McKenzie has an estimated net worth of $10 million. As of 2020, the reporter receives an annual salary of $500,000 from his successful reporting career with TSN.

Bob is working for the TSN Network since 1986 and is a prominent sportscaster for the network. Bob is one of the most prominent figures in hockey or world sports, and even in the USA, courtesy of his services on NBC hockey and his six-digit annual salary.

Bob McKenzie is a married man. He tied the knot with his girlfriend Cindy McKenzie on September 16, 1979. They exchanged wedding vows after being in an affair for a long time. The couple met through their profession as they both are involved in hockey.

The couple is living a happy married life since they are living together for over four decades and also there are no rumors of their separations or divorce. 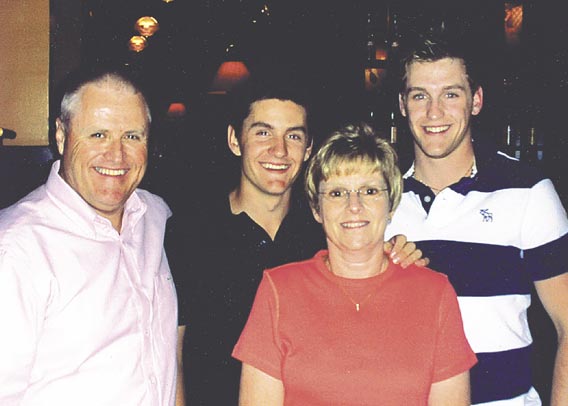 The couple is blessed with three children including Mike, 30 and Shawn, 26. Mike and Shawn are both professional hockey players.

The famous sportscaster is 5 feet 10 inches tall in height and weighs around 93 kg with a charming personality. Moreover, he is an active user of social media and has a huge number of fan following on his social accounts. Currently, Bob is residing with his wife and children in Whitby, Ontario.

Bob completed his education from Woburn Collegiate Institute. Further details regarding his educational qualifications and his parents are not available on the media.

Bob started his broadcasting career with the TSN Network and is continuing with the same network. During his time with TSN, he broadcasted NHL, and is currently hosting "The TSN Hockey Bob Cast". 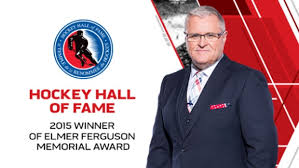 He also worked for the Hockey News as editor-in-chief and hockey columnist for The Toronto Star. Bob worked alongside some famous sportscasters including male sportscaster Darren Dutchshyen, and female sportscaster Kate Beirness.