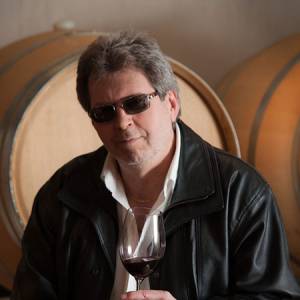 The resident of Toronto, Ontario, Canada, Robert Alan "Bob" McCown, reportedly earns around $1 million, as his yearly salary from the network. As of 2018, Bob reportedly has an estimated net worth of over $4 million. He is currently married to his girlfriend Amy and has two daughters and son from his ex-wife, Christina McCown.

Robert Alan "Bob" McCown was born on May 21, 1952, in Columbus, Ohio. He holds an American/Canadian nationality and belongs to Mixed ethnic group. Further, his star sign is Gemini.

McCown after graduation attended the Winston Churchill Collegiate Institute and acquired his Bachelor's degree. Further details regarding his parents are not disclosed yet.

Although he was born in the United States, he grew up as a child in Scarborough, Ontario, playing hockey in the Dorset Park neighborhood.

Bob McCown Net worth and Salary

McCown is one of the most popular Fans 590 anchors who have made a successful career as a sports anchorman.

Being a popular Sports Network, it is well known for paying a heavy amount of salary to its sportscasters. As Bob is a regular Fan 590 anchor, he earns a decent amount of salary from the network.

McCown's salary is reported to be in the $1M- plus range, making him one of a select few Canadian broadcasting personalities with a seven-figure income contract from his successful reporting career with Fan 590.

In June 2013, McCown bought Stoney Ridge Estate Winery, one of Niagara's most decorated wineries, and a minority interest in Mike Weir Wines.

The American/Canadian sportscaster/anchor Robert Alan "Bob" McCown has an estimated net worth of $4 million.

Further, Fan 590 reporter receives an added sum of money from his radio and TV guest appearances as a sports pundit too.

At the beginning of his career, Bob worked as the host of Global TV's Sportsline and also The Business of Sports. He served as a sports radio personality for CJCL-AM in 1988 and later became the host of Prime Time Sports in 1989. In addition, he also hosted the show The Bob McCown Show.

Besides, sportscaster, he has written a book "McCown's law" with co-author David Naylor and also launched Fadoo Productions which produces tv shows and series like  "On The Edge," "Making History" and "Touch 'em all Joe."

In addition, he has a unique broadcasting style, rich in vocabularies and he has quite good dress up sense.

Currently, Bob is hosting the Prime Time Sports, a late afternoon/early evening radio talk show. The program is broadcast from the Fan 590 's Toronto studio and is syndicated in Canada.

This radio talk show has also been broadcast on Rogers Sportsnet on TV since 2004. The live stream of the show has been available online on the FAN590 website in Canada since 2009.

Bob McCown is currently married to Amy. Before marrying Amy, he was married to Christina McCown but later they got divorced. Exact details regarding their divorce are not yet revealed. 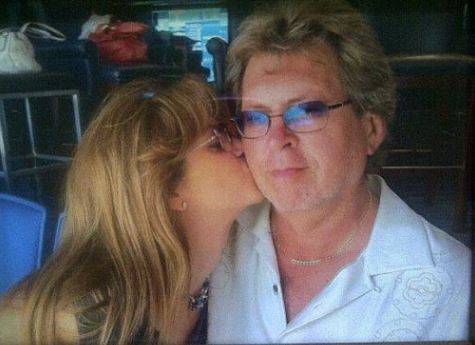 Together with Christina, Bob has two daughters and a step-son (from Christina's ex-husband). They were in a relationship for over two decades.

The famous radio personality 5 feet 11 inches tall in height with a charming personality. More information about his body measurements is not available.

Other than being a famous media person, he is quite popular in social media with a huge number of followers. In addition, he has 33.1 k followers on his Twitter account. Bob McCown is also famously known as The Bobcat(nickname).

He currently, lives in Toronto, Ontario, Canada, along with his family, and has a beautiful home there.