Robert Peter Geren, a.k.a. Bob Geren is an American retired baseball catcher who currently stands as the Los Angeles Dodgers’ bench coach. During his playing stint, he played for New York Yankees (1988–1991) and San Diego Padres (1993). The San Diego Padres picked him in the first round of the 1979 MLB Draft.

San Diego, California native, Bob Geren was born on September 22, 1961, under the star sign Virgo. The fifty-eight years old holds an American nationality and is of white ethnicity.

Baseball catcher turned coach; Bob Geren has made reasonable earnings from his career in MLB. As of 2019, his net worth is estimated at $0.7 million.

He summoned overall $605,000 as his MLB playing career earning.

Upon retirement as a player, he went to Oakland Athletics as a manager and a coach, where he worked from 2007 to 2011 and made millions of dollars. Later he coached to New York Mets (2012–2015).

Since 2016, he is serving as a bench coach to Los Angeles Dodgers. According to the source, bench coaches earn between $150,000-$250,000. Joe Maddon, Bruce Bochy, and Mike Scioscia are among the highest-paid MLB coach.

Bob Geren tied the knot with his long-time girlfriend, Pam, in an intimate wedding ceremony. The couple is blessed with two children: Bobby and Brett. Both of his sons played NCAA Division I baseball at Princeton University.

However, Geren's family photos are nowhere to be found on the social media platform.

Besides, his personal life has been featured on several episodes of Spectrum SportsNet LA's television show "Backstage: Dodgers." Most recently, his longtime hobby of racing cars was featured in the show.

Geren, an avid cyclist, he was interviewed while riding his bicycle to work at Dodger Stadium for a Dodgers home game back in 2016.

In late 1988, while serving for Yankees, he has appeared on the CBS daytime version of Family Feud hosted by Ray Combs with other members of his family.

In the 1979 MLB draft, Geren was drafted by the San Diego Padres with the 24th pick in the first round. After spending a decade in the minor leagues, he made his MLB debut in 1988 for the New York Yankees. He played for the team through 1991. 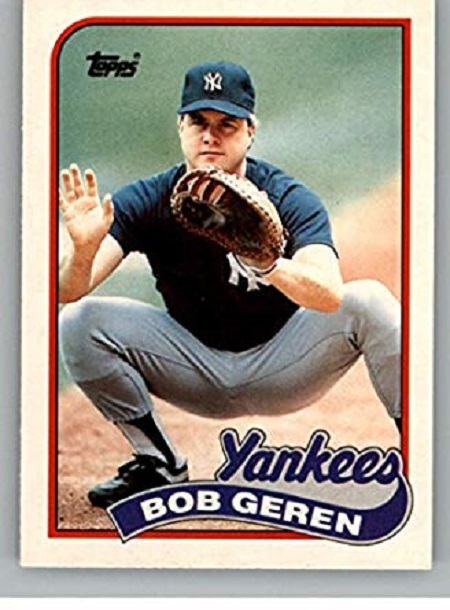 In 1993, he played his final season of baseball with the San Diego Padres, the team that initially drafted him.