Blas Avena also known as The Disciple was an American professional mixed martial artist (MMA) who competed from 2005-2016 mostly notable at WEC & Bellator MMA. He had compiled a pro record of 8-7-1 (win-loss-draw).

A native of Bell, California, the MMA fighter was born on 30th June 1983, under the star sign Cancer. He held the Black belt in Brazilian Jiu-Jitsu like other MMA superstars Francimar Barroso, Jussier Formiga, and Dillon Danis.

Net Worth and Properties; Who inherited it?

Eleven years as a professional MMA fighter had earned Blas Avena a tremendous sum. At the time of his death, his net worth was calculated around $0.3 million. Blas Avena and WEC had a good partnership from 2006-2009, earning a decent sum. His WEC career disclosed earning is disclosed below the table.

Besides, he also fought at Superior Cage, MMA Xplosion, UCE, and Bellator. At the time, the Bellator paid $2,000 or less in show money but the ones who won did double their pay with win bonuses.

The death of former MMA fighter Blas Avena is being investigated as a suicide by the Las Vegas Metro Police tell. The 32-year-old Avena was found dead around 11:36 AM Wednesday morning in his Las Vegas apartment, on 4th May 2016.

A spokesman for the LVMPD told "Arriving police and medical personnel located an adult male who was pronounced deceased at the scene. As of now, the death is being investigated as a suicide."

Survived By A Son

Blas Avena had a son, however, there is less to no information about the child, not even his name. 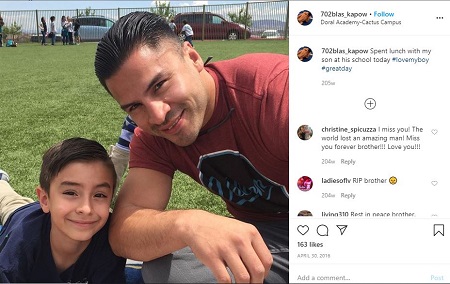 Supposedly, the little boy is pursuing his studies at Doral Academy because the last post from Blas' Instagram was with his son, captioning the picture, "Spent lunch with my son at his school today" in 2016. 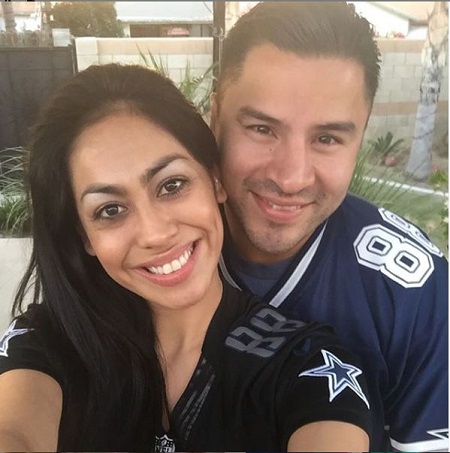 Scrolling down Instagram, Blas was in a relationship. He has shared lots of posts with his lady but did not tag in any, again, making his personal life even more curious.

In 2004, Avena relocated to Las Vegas to work as a security guard for the Hard Rock Cafe. The following year, he pursued a career in MMA and made his professional MMA debut. Before being signed by the WEC in 2006, he compiled an overall record of 3-0.

After his release from the WEC in 2009, he recorded 1-3 with one no-contest before being signed by Bellator. For the organization, he made his promotional debut against Lenny Lovato on February 28, 2013, at Bellator 91 where he won via first-round knockout.

The next and last fight of his life was against War Machine at Bellator 96 on June 19, 2013. Avena faced loss via first-round TKO.